What Is a VPN and How Does It Work? Updated Guide for 2021
By Gaurav Belani
Visit our Jobs Board 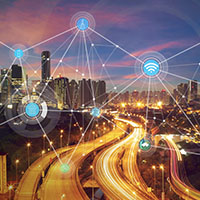 VPNs are becoming more and more commonplace today and you likely have some friends or colleagues who use a VPN while browsing the internet. If you’re unfamiliar with what it is, how it works, and why an increasing number of people are using it, then this post is for you.

VPN is short for Virtual Private Network. As the name implies, it presents users with a virtual network that is private so they can connect to and surf the internet securely and anonymously.

A VPN essentially renders a secure connection — a private “tunnel” — between your browsing device and the internet. It acts as an intermediary when you go online, hiding your device’s IP address — which is akin to your personal identification code that reveals your location and makes your identity and activities traceable — thereby protecting your identity.

In other words, the private network enables you to exchange data via an encrypted, secure connection to an external server via which the traffic is sent on to the web. In this way, your IP address that’s visible online is also altered.

Thus, a VPN is a straightforward and elegant solution that provides more online security, privacy, and freedom.

Encryption describes the way in which your data is kept secure and private while utilizing a VPN.

Encryption conceals your data by essentially transforming it into a complex code that appears as gibberish when seen from the outside. The actual meaning can only be read with the password aka the key, which is only known by the VPN server and your device..

The practice of decoding the encrypted information and making it readable again by using the key is known as decryption.

Encryption is a common cybersecurity technique used in everyday activities. For instance, when you shop online on Amazon, your credit card details are encrypted and made indecipherable until the data reaches its recipient.

Different VPN service providers use different types of encryption protocols, but at its core, VPN encryption is a three-step process:

The encryption makes it considerably more challenging for hackers or anyone to intercept and see your data. This means you can browse with increased anonymity, as the VPN serves as a barricade that protects your private data and keeps your real IP address hidden, and thus keeping you safe online.

The efficacy of your data encryption depends on the VPN service provider’s protocols. Hence before choosing a provider, it’s best to read VPN reviews from trustworthy sources as some might log your data or just work as proxies. All these are discussed in detail below.

You can implement a VPN in different ways, such as:

As mentioned earlier, there are various types of VPN protocols in use today. Simply put, a VPN protocol is the technology your VPN provider incorporates to enable you the fastest and most secure possible connection to the internet.

Here are some of the most widely used VPN protocols:

Benefits of using a VPN

Today, you carry out a lot of your essential daily activities online — from banking to socializing and even healthcare. If you don’t secure your connection to the internet, you’re taking a chance. Cybercriminals, governments, your ISP, or your employer may learn more about you than you’d prefer.

By using a VPN, you add a strong layer of security to your privacy. You get more online secrecy because you won’t be browsing the web with your real IP address visible. So whatever you do can’t be traced or tracked, and thus, your data can’t be used against you.

Another benefit of using a VPN is that you get more freedom. As you can connect to servers located around the world, you gain access to region-restricted content on streaming services like Netflix or social media sites blocked in your country.

Furthermore, if you frequently use a public Wi-Fi network (such as at the airport), you are an easy prey for cybercriminals because they capitalize on the lack of security on open Wi-Fi networks to steal private information. With a VPN, your data is securely encrypted so it’s almost impossible for hackers to target you.

Thus, better security, privacy, and freedom are the three key benefits of using a VPN.

Now you’re familiar with what a VPN is, how it works, and why you may consider using one. So if you wish to secure your information and privacy while surfing the internet, you know what you need.

About the Author:
Gaurav Belani is a senior SEO and content marketing analyst at Growfusely, a content marketing agency that specializes in data-driven SEO. He has more than seven years of experience in digital marketing and loves to read and write about education technology, AI, machine learning, data science, and other emerging technologies. In his spare time, he enjoys watching movies and listening to music. Connect with him on Twitter at @belanigaurav.