The Future of VR and AR
by Paul Matthews

The Future of VR and AR

Virtual Reality and Augmented Reality are possibly two of the biggest trends in the entire tech world. We saw the rise of VR in gaming applications and mapping software, but what is the future of this technology? How will Virtual Reality impact on our day to day life? Is it going to be a scary matter or is the technology just moving a bit too fast? Let’s try to break down the subject in a simple way.

SLAM, The Future of VR

Simultaneous Localization And Mapping is the biggest focus when it comes to development at the minute: this technology is able to instantly translate data from the real world (by using sensors) into the virtual one and vice-versa. This avenue is currently studied by many different mobile app development companies, given the fact that Niantic based its success on a very embryonic version of SLAM, which was translating the surroundings into the app by using a floor algorithm (the same one that is generally used for QWERTY codes).

Simultaneous Localization And Mapping is currently used in TESLA’s autopilot and summon, two core elements of the car’s technology that let the vehicle process the surroundings in order to avoid crashes, understand how much battery is left and other vital pieces of information. 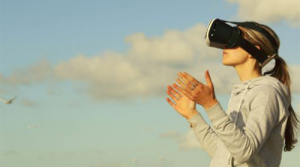 Many are the Universities which are investing in training their students by using Virtual Reality peripherals. The first example that comes to mind is, of course, medical-related: by putting the student into a high quality represented situation, he’s able to understand the dynamic of the case without risking anyone’s life (especially if it’s done when studying very delicate surgeries).

Encouraging the usage of such peripherals could be a breaking point in order to better prepare surgeons and specialists in subjects and operations that are naturally delicate. 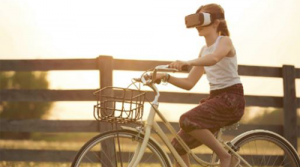 Simulation Is Reaching The Next Level

Flight simulator, the popular game for Windows, recently announced that an entire VR-based version will come in the future, providing an experience close to the actual pilot training which is currently done by many different companies such as British Airways and Turkish Airlines. By stating that, we can easily say that the future of such simulations will be relying on Virtual and Augmented Reality combined and not just in a video game-related scenario.

By combining physical peripherals and VR ones like Oculus or HTC Vive, the user will be fully absorbed in an experience which will lead him to a better understanding of the experience itself.

It’s no secret that Google always wanted to explore the VR world. What we can expect in the near future is the combination of floor AR (the one used in order to present 3D maps in the current Google Maps application) and SLAM, in order to present a realistic projection of the surroundings in order to boost the user experience. 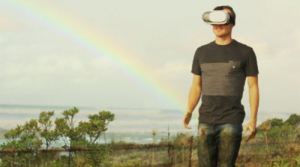 This is an exciting time for VR and AR developers, no doubts about it. The entire tech market is moving towards that direction and we can expect a big business growth in the next years. Virtual Reality is indeed taking over.

Paul Matthews is a freelance writer in Manchester. His aim is to inform people about the power of the internet, while he still focuses on his office. You can often find him mountain biking or at the local library.