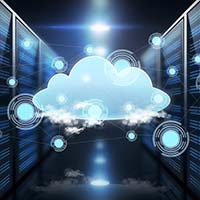 Many new tech entrepreneurs want to launch an app or platform that provides some measure of cloud functionality. It’s popular, convenient, and cost-effective, allowing you to sell a monthly subscription service instead of selling one instance of a product. On top of that, it grants you the ability to scale almost limitlessly, constantly adding new users without massive increases to your bottom-line costs.

However, there are some major challenges most new cloud entrepreneurs face, and if you don’t address them, it can kill your idea before it has a chance to take off.

These are some of the biggest challenges for developers of new cloud apps:

One of the most important factors for your success is remaining adaptable. No matter how carefully you plan or how technically skilled you are, there are going to be unexpected changes and curveballs that put you off guard. Your chances of success will depend heavily on your ability to recognize and adapt to these changes, like shifting your strategy in response to fresh competition, or abandoning a marketing campaign that simply isn’t working. The more flexible you remain, the better.