The 5 Ways Drones Still Need to Improve
by Larry Alton 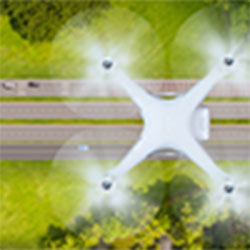 Drones—the unmanned aerial vehicles sensationalized for their potential applications in military, logistics, architecture, and other areas—are becoming more popular and more affordable than ever before. Yet, we’re still years away from seeing a fleet of drones delivering packages in our neighborhoods, and most businesses aren’t utilizing drones in any significant way (despite 44 percent expecting to use them in the future).

What changes will we need to see before we encounter a full-blown drone revolution?

The State of Drones in the Modern World

Let’s not diminish the state of drones in the modern world. Drone technology has made astonishing progress in the past decade or so:

Where We Need to Improve

However, there are still some areas that require significant improvement:

Until drones can make major moves in these areas, they won’t be capable of the cutting-edge applications or widespread adoption we’ve been promised. Still, engineers seem to be making progress in each of these categories, so it may only be a matter of time before we move past these challenges.