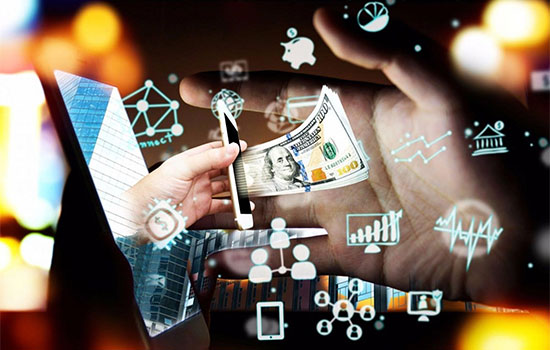 Digital engineering has impacted almost industry over the last several decades, but the financial sector has ironic resisted some of this change. Local and regional banks continue to rely on human tellers and countless transactions continue to involve physical currency.

Recently, a number of top fintech firms have begun to ship digital solutions that can streamline countless workflows. A renewed focus on business process optimization has been heralded as a major way to slash costs. In fact, some financial experts now feel that it’s possible to pass these savings onto regular retail banking customers as a result.

Computer scientists, meanwhile, have identified six big ways that this new push will impact the industry and bring digital technology to areas where a great deal of work continues to be done by hand.

Over the last several years, there’s been periodic shortages of microchips brought on at least in part by the fact that the financial services sector has elected to go all-in on several cryptocurrency mining operations. For instance, graphics chips have been repeatedly used for number crunching instead of their intended purpose.

This is due to the fact that a graphics adapter is designed to crunch numbers extremely rapidly. Performing these calculations in hardware is far more effective than doing so in software, which is why most modern computer architectures rely on a silicon framework to draw graphics to a terminal display. However, these cards can theoretically perform any kind of calculation so they’re adaptable to this and other uses.

It’s likely that further uses will be discovered for these and other parts in the near future. Considering that the average size of a logic board is several orders of magnitude smaller today than it was years ago, it’s also not hard to imagine a future where fintech companies and tech startups repurpose CPU cabinets to build more powerful systems.

As companies collect more data, they’ll be able to develop more optimized processes that use this kind of hardware.

2. Decentralization of the Market

Organizations that put on traditional fundraiser programs or otherwise serve non-profit enterprises have already been able to make a substantial amount of money for their causes by using built-in web widgets.

These are normally based around portable JavaScript or WebASM code, which enables coders to take them and embed them into virtually any site. It’s likely that in the coming years, people will begin using these to decentralize the market in general.

Flexible payment widgets and savings apps could theoretically get embedded into existing sites, which in turn can ensure that consumers always have access to the payment options that they need.

These might end up interfacing with clusters based on unique hardware implementations as well.

You might have heard of experimenters in the past assembling large research mainframes out of clusters of multiple consumer-grade PCs. This kind of makeshift architecture, known as a Beowulf Cluster, died out somewhat as a result of the relentless march of progress.

Once individual microchips reached more reasonable speeds, this kind of finagling was deemed unnecessary. Recently, however, financial and engineering experts have begun purchasing consumer-grade parts again to construct strong clusters that can perform many of the same tasks that larger industrial computers can at a fraction of the cost.

Notably, this can allow smaller upstart banks to open up local branches. Smaller companies that are currently struggling to refine their business processes can turn to innovative solutions like this to solve them even if they don’t have the services of a full IT department. Perhaps most importantly, however, they can encourage the growth of more efficient cryptocurrency mining operations.

Businesses have begun to embrace blockchain technology in huge numbers, largely because of the affordability of this kind of hardware.

All records written to any blockchain-based ledger are automatically encrypted and come with an audit trail. This ensures that people have an immediate audit trail they can follow whenever they feel that a record might have been tampered with. It also ensures that people can post financial transactions privately. Firms that need to optimize their storage workflows will find that this kind of system is much more efficient than storing records in traditional data trees or linked-lists.

Consider for a moment that an overwhelming majority of information posted online is not indexed. Financial companies that have information stored underneath the surface web wouldn’t want to have that data exposed. By relying on this sort of system, they’ll be able to fulfill all relevant federal reporting requirements without exposing any sensitive payment details.

In turn, this could ensure that so-called branchless banks get an additional foothold in the industry.

Neobanks, as they’re sometimes called by financial experts, seldom have physical branches. Retail consumers do all of their banking with them through a discrete app or a browser-based interface. That makes them extremely convenient for those who are always out as well as those who distrust traditional organizations.

Most typical financial services have some form of virtual interface, but branchless ones are making a name for themselves because they strip away even the most basic physical plant a bank could have. In the process, they’ve been able to slash costs further than even the most frugal traditional banks.

This is probably one of the most radical forms of business process optimization a company could go through, but consumers have responded positively to it judging by the large number of people making the switch to this kind of service.

In the mean time, people are beginning to retrain so this steady evolution doesn’t leave them behind.

6. Data Experts Breaking into the Scene

It’s difficult to predict what the outlook for job growth in this sector is. That being said, a number of mainstream pundits have suggested that it’s expected to blossom in coming years.

The Financial & Technical Sectors Continue to Grow together

Since organizations are often entrenched in their own corporate culture, it can be difficult for them to optimize existing processes. Startup companies are often among the first to put new business techniques to work because they don’t have to worry about upsetting anything that’s currently in play.

More than likely, newer IT firms will become suppliers to upstart financial services companies that are looking to enter untapped markets. As this happens, the two industries will probably have an ever-increasing influence on one another.

About The Author:
Gaurav Belani is a senior SEO and content marketing analyst at Growfusely, a content marketing agency that specializes in data-driven SEO. He has more than seven years of experience in digital marketing and loves to read and write about education technology, AI, machine learning, data science, and other emerging technologies. In his spare time, he enjoys watching movies and listening to music. Connect with him on Twitter at @belanigaurav.