On the Origins and Variations of Blockchain Technologies 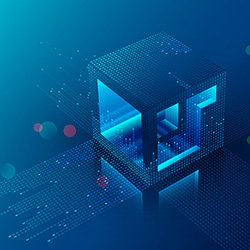 While cryptocurrency, Web-3, the Metaverse, blockchain, and other cutting-edge technologies seem to have appeared overnight, blockchain has existed since the early 2000s. The blockchain industry is expected to grow 68.4% by 2026 due to increased public interest, venture capital and investment money, cybersecurity needs, and new government initiatives.

As the foundation for an immutable and decentralized record of transactions, blockchain offers security, transparency, and autonomy to carry out transactions without a central authority. Envisioned as a peer-to-peer network with a time-stamping server for authentication, each block in the blockchain is connected, referencing the content of the previous block and creating an unbreakable chain.

Blockchain was created by Bitcoin inventor Satoshi Nakamoto, a mysterious figure in cryptocurrency history in its current form. However, the earliest components of blockchain date back to the 1979 work of David Chaum, the “godfather of cryptocurrency,” and his vault system, which describes a distributed computer system that offers public record-keeping and protects individual privacy through physical security systems.

Today, most financial institutions either currently utilize or are actively exploring blockchain applications; in 2015, Visa, one of the largest payment processors in the world, was part of a $30 million investment into Chain.com, a blockchain developer. Barclays has quietly tested smart contracts and filed for specific blockchain patents, and American Express is working to integrate blockchain technology into its membership rewards program.

Read “On the Origins and Variations of Blockchain Technologies” from IEEE Security and Privacy to learn more about the five key elements of a blockchain, its earliest origins, and the four crucial roles of common blockchain participants. Discover how blockchain solves a variety of real-world problems and addresses the need for indelible ledgers in the modern digital age.