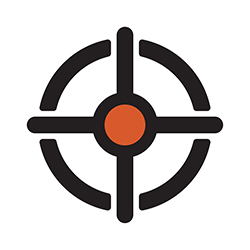 Next to safety and maintenance, accurate marksmanship is of critical importance for everyone, whether they’re hunting or spending a day at the range. For some, becoming a good marksman comes naturally with practice and dedication. For others, it’s not so easy.

A brand new technology called “lock and launch” is designed to do exactly what it sounds like – lock onto a target and launch a projectile at that target even when the target is moving. This technology allows novice shooters to hit long-range targets at up to 500 yards with greater accuracy.

This amazing new technology allows for better accuracy from challenging firing positions like kneeling, standing, or lying underneath a large object or barrier.

These new computer-controlled rifles are equipped with a ballistic computer. Used on military tanks for decades, a ballistic computer is programmed to account for things like wind speed, ambient temperature, and more, and computes these factors to figure out what it will take to hit the target.

Now that sensors used to detect factors like weather and temperature have been miniaturized, along with the processors used to perform calculations, this precision-shot technology can be mounted on rifles.

As the trigger is pulled, the computer compensates for the calculated factors. However, the shot is not fired until the computer determines the rifle is on target. In other words, once the shooter locks in on the target in the heads up display and pulls the trigger, the computer mounted on the rifle calculates every possible factor before releasing the projectile.

Lock and launch is coming to AR

Currently, a few different rifles are being produced with this technology, along with a special adaptation for the AR market. With this adaptation, AR enthusiasts can enjoy better accuracy with their favorite semi-automatic AR rifles.

Thanks to the coronavirus outbreak, gun sales in the United States have skyrocketed and the most popular rifle flying off the shelves is the AR-15. Although most gun shops have been sold out of all semi-automatic AR rifles for months, you can still get an AR rifle online if you’re willing to pay a little more than usual.

In uncertain times, paying a little more for a rifle is worthwhile. However, the cost of the new computerized rifles will be too high for most people.

The tech sounds great, but the cost might put it out of reach for most

Every new technology starts off being sold at a significantly high price. This “lock and launch” tech is no exception. Consumers can expect to pay nearly $10,000 for a proprietary rifle equipped with this precision technology. It’s not clear how much the AR adaptations will cost when they’re ready, but they won’t be cheap.

This tech will likely be reserved for law enforcement and military

Although these precision-guided firearms are available to civilians, the prohibitive cost makes them more likely to be purchased by law enforcement and military with a large self-defense budget. Rifles equipped with this new technology essentially cost as much as automatic weapons, which are normally owned only by serious collectors.

It’s only a matter of time before these computerized rifles become standard issue for the U.S. military. This new tech makes impossible shots routine, like hitting a target moving at 10mph from 500 yards. Although this technology greatly disturbs marksmen who have spent years perfecting their range, it will undoubtedly save lives.

Lock and Launch technology will save lives

For those in a position where accuracy means life or death – like members of the military and law enforcement – this new technology will be a literal lifesaver.