Everything You Need to Know About External Penetration Testing 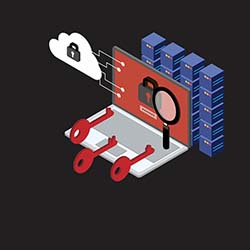 The tester will attempt to access systems and databases using stolen credentials, brute-forcing passwords, and exploiting known vulnerabilities. The tester will also install malware and ransomware on the target systems to gain further access. By identifying vulnerabilities in these systems before an attacker does, the organization can fix them so they don’t become a security problem.

Why Is External Penetration Testing Important?

Penetration testing is essential for a variety of reasons:

External penetration testing is also essential because it shows how healthy organizations protect their data from external threats like hackers and nation-states. This knowledge might assist businesses in making better cybersecurity investment decisions.

The second distinguishing feature is identifying vulnerabilities that malicious actors can exploit. While internal penetration testing also looks for vulnerabilities, it focuses mainly on those that insiders could use, such as disgruntled employees or malicious hackers.

Fifth, external penetration tests often include social engineering attacks that target employees with phishing emails containing malicious links or attachments. These attacks are much easier to conduct outside the organization’s network than inside it. There is less chance that someone will notice something amiss when an email comes from an unknown source than someone known within their company.

How to Conduct External Penetration Testing

It would be best if you considered several things when conducting an external penetration test:

What Are The Steps For External Penetration Testing?

Once the tester has gathered all this information, they will begin attacking the target systems and networks. This involves attempting to gain access to systems and databases using stolen credentials, brute-forcing passwords, and exploiting known vulnerabilities. The tester will also try to install malware and ransomware on the target systems to gain control of them.

Finally, once the attacker has gained access to as many systems as possible, they will document all the findings in a report. This report will include detailed information about each vulnerability found and suggestions for fixing them.

Here are a few tips to keep in mind when conducting an external penetration test:

Here are some of the tools that you may use during an external penetration test:

Who Needs External Penetration Testing The Most?

External penetration testing is critical for companies with a public-facing website or web application. These systems are often the most vulnerable to attack, as they’re exposed directly to the internet and can be accessed by anyone with an internet connection.

These systems must be tested regularly with external penetration testing, especially after any significant updates or changes have been made. This will help ensure they’re not vulnerable to attack and continue serving customers without interruption.

How To Select The Best External Penetration Testing Service Provider?

External penetration testing is one of the most important things you can do for your business, but it’s also one of the hardest things because there are so many service providers to choose from. So how do you determine which is the most acceptable option for you?

Finally, you’ll want to ensure that the provider can provide all of the services you need, including vulnerability scanning, security assessment, and consulting. In addition, ask them for references and case studies so that you can see how they’ve helped other businesses in similar situations.

Regular penetration testing is the most significant way to safeguard your company from external dangers. These tests can help identify vulnerabilities that might otherwise go unnoticed, allowing you to fix them before they become a problem.

Such tests also allow hackers and other attackers to access your systems without causing any damage or disruption – at least not until after the test has been completed successfully.