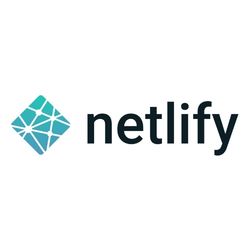 SOURCE: Netlify — Today, Netlify, the most popular way to build, deploy, and scale modern web applications, has launched results of the annual Jamstack Community Survey, showing Jamstack is rapidly becoming the mainstream architecture for web developers of every experience level. With shifting working patterns and the increase in remote work, the web developer community is turning to Jamstack to create faster, more secure websites.

Netlify’s comprehensive Jamstack community report shows the modern architecture is becoming the primary home for not only experienced web developers (half of the respondents represented more than five years of experience), but also those with less experience and who are just breaking into the industry. The percentage of developers in the community who are students has nearly doubled in the past year, from 9% to 16%, indicating Jamstack is becoming the go-to architecture for new developers, even as the number of experienced developers in the community has continued to grow.

When looking at how the pandemic affected working life, perhaps unsurprisingly, the report highlighted a shift to remote work that was high among Jamstack developers, with nearly a third (31%) of people saying their working life is now fully remote due to the global pandemic and plan to stay remote even after it ends.

Jamstack continues to serve the needs of developers building for scale, with nearly a third (32%) of Jamstack developers reporting the sites they build are for audiences of millions of users. These larger sites are also more likely to target mobile devices, showing the strength of Jamstack in the mobile space.

When asked how frequently different techniques were used to build backends for Jamstack sites, 46% reported using some form of serverless functions. When compared to usage and awareness, respondents revealed functions are becoming almost as ubiquitous as containers.

Jamstack is about compiling the UI, decoupling the frontend from the backend, and pulling in data as needed. Today Jamstack developers are enabling more dynamic use cases with the architecture, with 65% reporting they are building fully dynamic sites.

Other key findings include:

View the complete findings of the Jamstack Community Survey 2021 at jamstack.org/survey/2021/. Results will be presented live at Jamstack Conf on October 6 and anyone can register for free at jamstackconf.com. For more information on Netlify visit www.netlify.com.

The survey was conducted by Netlify and the Jamstack community between June 23 and August 10, 2021, collecting results from 7,000+ respondents across the globe.

“Jamstack is everywhere. It’s a thriving community of developers at all stages of their careers across different geographies and industries. As the Jamstack becomes more mainstream, Netlify is thrilled to support the effort to create high performance, scalable web experiences that set the pace for developers and an ever-evolving ecosystem.”

“These survey results confirm the spectacular usage growth and user satisfaction we have seen in the Strapi community. With the release of Strapi v4 and official marketplace just around the corner, this momentum should accelerate and further establish our leadership in the Jamstack ecosystem.”

Netlify is the most popular way to build, deploy and scale modern web applications. Developers love Netlify for its powerful, yet simple workflows, which make it easy to integrate their choice of tools and collaborate with their team to deliver the best online experiences, faster.

Now home to millions of developers and thousands of enterprises, Netlify is the platform of choice for running modern Jamstack web applications in production, from global corporate sites to complex e-commerce and SaaS applications. Get started for free atnetlify.com.