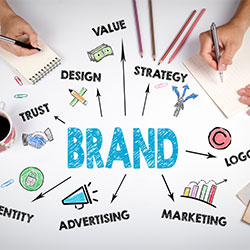 The importance of influencers to marketing is impossible to ignore. Nearly half of all consumers rely on influencers for purchasing recommendations.

Using influencers to market your brand doesn’t come without risks, though. Online feuds like the one between James Charles and Tati Westbrook not only sunk Charles’s social media numbers but damaged the brands he promoted as well. Influencers are all too human, and drama between them can be harmful to your brand.

Striking a balance between an influencer who is popular and exciting and one who is unlikely to attract controversy is not always easy, but it is key to finding the right one for you.

Getting the most of influencer marketing means finding the right influencers to begin with. Here are some things you can do to make sure your influencers won’t harm your brand:

1.  Go through an influencer marketing agency.

The influencer space today is so crowded and untamed that it can be difficult to know how to break in. Finding an influencer marketing agency can ease some of the burden of the search and spot the right influencer for you in the process.

Odds are that neither you nor your team has the time it takes to sort through the crowds of influencers out there and perform the in-depth analysis needed profile each one. Influencer marketing agencies can respond to your specific marketing needs and match you up with an influencer who fits them.

It’s not always easy to tell which influencers are likely to get involved in online drama and which aren’t. Companies dedicated to matching brands with influencers are intimately familiar with how certain influencers operate and can help you figure out which are most likely to stay out of trouble.

2.  Find influencers who match your brand.

One of the biggest mistakes brands make when finding influencers is getting into a “bad marriage” — partnering with an influencer who’s not a good fit for your brand. If your influencer of choice isn’t interested in or dedicated to your brand, they’re more likely to mess up their posts or say things about your product which could be damaging.

Take, for example, Scott Disick’s 2016 Instagram post which had as its caption the entire email which had been sent to Disick telling him how to caption his post. Always work with influencers who care about your product so they don’t make those kinds of mistakes. Engaging with influencers who aren’t familiar with your type of product is always risky. Look for influencers who have promoted similar products to yours in the past and make sure that they’re prepared to deliver the message you want delivered.

3.  Look for a clean track record.

It may seem obvious at first, but it’s always important to do some digging into your potential influencer’s background before you develop a relationship. Most companies just look at the most recent posts in order to understand what an influencer’s current content style is like, but that never tells the full story.

Looking at older posts, even ones from before your influencer achieved prominence, can often give you a better understanding of how that influencer interacts with others naturally. Even if their current profile is clean of any controversy, potentially problematic old habits always have the potential to sprout up again.

The influencer boom has made notable influencers more in-demand than ever, so more and more brands are gravitating towards up-and-coming influencers in the hopes of developing relationships early. While this might make more sense financially, nascent influencers also come with greater risks as well.

An influencer without an established track record can be difficult to know fully. As helpful as it is to do background digging and personal interviews, it’s hard to know exactly what an influencer is going to be like without seeing them in action for an extended period of time. Gravitate towards established personalities first in order to test the waters.

5.  Stick to platforms you know.

Ninety-two percent of marketers say that Instagram is the most important platform for their influencer strategy in 2018. Other platforms like YouTube, Twitter, and Facebook are all important to certain influencers but tend to cater to more niche communities. As tempting as it can be to get your brand on as many platforms as possible as quickly as possible, that strategy can lead to some difficult problems.

Each social media platform has different standards for what constitutes effective influencer marketing. Becoming familiar with what works on one or two platforms allows you to hone in on how to make your marketing as effective as possible in those environments. Spreading out over many platforms with many influencers can create a dangerous jumble that’s rife with possibilities for botched captions, misinformation, and personal disputes.