If you’ve started using a virtual private network (VPN), you might notice that your internet speed is slower than usual—or at least, slower than you’d like it to be. This is sometimes an unfortunate byproduct of a VPN’s most important features, but it doesn’t have to negatively impact your online experience. With the right strategies, you can easily speed up your VPN, and get the best possible performance while you handle your most important online tasks. 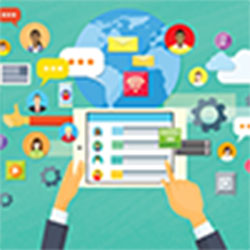 How a VPN Works

First, it’s helpful to understand how VPNs work, so you can understand the root causes of your potential slowdown or performance drops. Basically, a VPN serves as a private network that connects two areas or two users together, encrypting traffic and/or bouncing it to a private server so it can’t be tracked. Just as adding a third point to your running route increases the distance you travel, adding another link in the chain of your online traffic can make processes like uploading and downloading take longer, and could negatively affect your ping.

Note that this isn’t always the case. A VPN can hypothetically run without latency issues, matching the speed you’d naturally get from your ISP. It just takes some extra attention to your setup to get there.

So what can you do to boost your VPN’s performance?

With these strategies, you should be able to get your VPN running up to par with your normal internet speeds. You might need to run some experiments, or switch your VPN provider or ISP, but the extra effort will result in you maintaining a secure, private, and fast connection for your most important online activities.