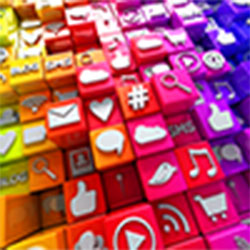 How Social Media Could Shape the Future of Big Data

We’re in the middle of the big data revolution. Companies are starting to gain access to more data than ever before, and data analysts are creating and using more sophisticated tools to make predictions about complex systems.

But the future of big data is being influenced by many variables—the hard limits of technological growth, supply and demand of data experts, business needs, and even consumer preferences. At the convergence point of these influences is one surprising sector, which could have a bigger role to play in the future of data than we previously could have imagined: social media.

These are just some of the ways social media platforms could dictate the future of big data:

Already, social media platforms are making waves in establishing the rules and norms of mass data management. Facebook might have access to more consumer data than any other business, especially since it’s capable of tracking you offline, and more social apps are sure to follow in its footsteps. Regardless of whether you’re directly involved in social media, or whether you use socially-gathered data in your own role, it’s going to be important to monitor the development of data norms if you want a leg up on the industry.