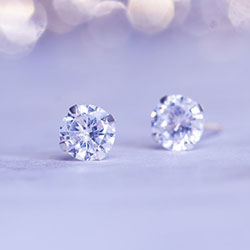 For almost all of recorded human history, we’ve traded diamonds as a kind of cross-cultural currency. They’ve also become a prized luxury item and an indispensable part of countless industrial processes. At the same time, they’re among the most expensive natural materials to mine, in terms of labor and environmental impact. Those reasons are part of why diamonds have never been a high priority for technology researchers. In the end, they’re not seen as worth the effort.

That’s not to say that diamonds play no part in the world of computing. They are used throughout component manufacturing processes around the world, and even show up as a conductivity enhancer in heatsinks and thermal interfaces. But those uses represented the extent to which diamonds had penetrated the computing world – until a nearly-pure stone known as the ‘Magic Russian Diamond’ captured the attention of scientists seeking materials to build next-generation quantum computers.

As it turned out, the so-called magic diamond had some hard-to-find defects in its carbon lattice structure that allowed researchers to use it as a solid-state quantum platform. Unlike many of the previously studied materials, the structure of a diamond is capable of preserving quantum states like ‘spin’ for several milliseconds. While that doesn’t sound like much, in the world of quantum computing, that’s an eternity. Using that short window, several quantum states may be recorded and used to conduct calculations or store data.

The only trouble was, a diamond like the one being studied was so rare that researchers had to be careful while working with the finite resource. And, even if they had achieved a major breakthrough in quantum computing using it, it would have been all but impossible to mass-produce. That was, until the science around lab-grown diamonds started to mature.

Since scientists couldn’t wait for more naturally-formed diamonds with exactly the right properties to be discovered in the world’s diamond mines, they instead started turning to the many startups building laboratory facilities to produce man-made stones. Diamonds made in this way are chemically and structurally indistinguishable from natural stones but come with some significant advantages to quantum computing researchers.

The first is cost. At the time of this writing, a single diamond with identical properties to the original magic diamond can be had by researchers for $500 or less. And because the lab creation process is repeatable, they can request multiple identical diamonds so there’s no variance to throw off experiments. The second major advantage is that researchers can utilize electron bombardment to create the precise defect structure needed for each experiment without fear of damaging an irreplaceable specimen.

Perhaps the most important case for diamonds as a platform for quantum computing is the fact that they allow for the easy creation of some of the simplest forms of quantum devices. With little more than a green LED, a microwave source, a photodetector, and a quantum-grade diamond, even a novice researcher can start probing the possibilities they hold. There are even readily available instructions that a first-year physics student could use to build such a device with off-the-shelf components.

That kind of accessibility is quite rare in the world of quantum computing and gives diamonds a leg up as a viable research material. In fact, at the time of this writing, it also remains one of the only quantum platforms that can function at room temperature. With the ultimate goal being the creation of quantum computing devices that can function in real-world environments, that’s a big prerequisite to success. And given that there’s now a growing infrastructure capable of churning out quantum-grade diamonds on an industrial scale, it seems that we’ve only scratched the surface of what might be possible.

Although the early results of research into diamonds as a quantum platform are promising, it’s important to note that they are still quite preliminary. So far, researchers have only managed to create diamond structures with a few quantum bits functioning at once, which is a long way from creating a viable quantum system. Still, the decreasing material costs and easy accessibility of the required technology bodes well for future work using diamonds. So, while there’s still much to be done, we might not be that far off from a day where one of the society’s oldest treasured materials forms the basis of a new computing revolution. And that kind of full-circle turn would be quite something indeed.