Can Tech Overcome Our Urge to Spend?
by Anna Johansson 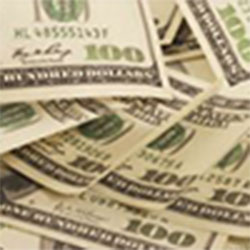 Can Tech Overcome Our Urge to Spend?

As human beings, we tend to have trouble controlling our impulses. Our brains and bodies developed over the course of millions of years, in response to an environment that was trying to kill us. Now that we live in an era of relative comfort and abundance, the urges that kept us alive are now leading us to make unhealthy decisions.

In some applications, technology is responsible for making this problem worse; it enables us to make more impulsive decisions, and connects us to resources that aren’t always good for us. But could tech actually help us learn to control and master these urges instead?

The Urge to Spend

Spending money isn’t problematic, but if it exists as an uncontrolled habit, it could prevent people from building financial stability or wealth for the long-term future.

Technology is stepping in to help consumers overcome that urge. The solution to most financial woes is establishing a proper budget; if you adhere to a strict budget, you won’t be tempted to spend money you can’t afford, and you’ll be less inclined to succumb to the short-term mood-boosting potential of a rogue or impulsive purchase.

The problem is, budgeting and saving aren’t inherently rewarding in the same way that shopping and spending are. You don’t get the boost in feel-good chemicals from putting your extra money in the bank that you do by investing it in the stock market or putting it in your savings account.

Technology could have the potential to overcome this hurdle. Apps like Qapital and Acorns make saving automatic and less visible; they round up your change to the nearest dollar and save it for you. That way, you won’t have to make the conscious decision of whether to spend or save your money; it’s saved for you automatically. Other apps may give you short-term rewards or bonuses for saving, such as in-app notifications, or congratulations when you achieve your goals.

The two available routes are to bypass the availability of the urge to spend, or to create an urge to save. Either way, consumers can benefit.

There are some complications to this path of development, however. For the most part, companies and researchers can benefit more by feeding into consumers’ urges to spend, rather than save—both because it’s the path of least resistance and it’s the path that gains access to consumers’ money.

Accordingly, future technology will make it even more tempting (and easier) to spend money, so the push and pull between spending-focused and saving-focused apps will likely continue indefinitely.

No single tech solution will be able to help consumers completely overcome an urge that took millions of years to develop. But improving your own awareness of those urges and complementing your efforts with apps that support your goals can lead you to greater mastery.