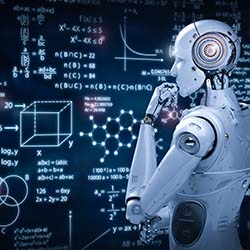 Science-fiction movies and stories have always been the inspiration for technological innovations. Since the creation of the first robot, robot software is tremendously evolved and now it is aimed at developing artificial intelligence (AI) driven robots.

In the simplest term, a robot is a machine interacting with physical things with software at its core. Software and robot work hand in hand, which means robots cannot perform any task without coded computer commands. Such a set of commands are called robot software.

Robot software is now a billion-dollar industry as robotic operating systems (ROS) and frameworks essential for the development of AI-driven robots make robot programming a lot easier and faster. According to Allied Market Research, the global robot software market is expected to reach $47.24 billion by 2030, registering a CAGR of 27.3% from 2021 to 2030. An increase in demand for automation, rapid adoption of robot software by small & medium-sized enterprises to minimize labor and energy costs, and surged use of robots in several industries are the prime reasons behind the market growth.

However, true AI-powered robots remain moon-shot. Currently, the majority of robots are not intelligent. They are dependent on a programmer to perform a specific set of operations and their actions are not autonomous. What’s more, even the most advanced walking robots rely on the motion trajectory of each step programmed by humans. However, with advancements in robot software, robots will become easier to communicate, more independent, and more intelligent. Thus, companies are keen on building the necessary infrastructure.

Recently, Alphabet, the world’s largest technology company launched its robot software and AI company, Intrinsic. This company would develop software tools to make industrial robots. Alphabet’s main operating unit, Google has been working on this project for the last five years and exploring how robot software can offer industrial robots the ability to learn while working on tasks without the interventions of programmers. This could be the beginning of AI-powered robotics that can manipulate objects without human involvement and learn from their tasks and failures.

Prior to this, many companies invested in developing AI-driven robots and improving existing robot software. For instance, DHL Supply Chain launched a robotics platform with the collaboration of Microsoft and Blue Yonder Group, a digital fulfillment provider. The platform was introduced to minimize the time and effort required to deploy warehouse automation and offer customers flexibility in integrating robots to meet their business needs.

Due to the Covid-19 pandemic, the demand for e-commerce skyrocketed and worker shortage became a pressing issue. This created a perfect storm for the adoption of industrial robots. While only a few tech giants such as Amazon had invested big bucks in warehouse robotics, soon more and more e-commerce and shipping companies would automate a significant part of their operations.

Warehouse robotics has drastically changed due to increased funding for R&D and increased competition between technology companies. Until recently, operations of industrial robots were limited and could sightly avoid obstacles along with the ways.
However, with improvements in robot software, robots opened up to a whole new level of automation. Covariant, a startup developing robot software to manipulate robots launched AI-driven robots for several industries such as pharmaceuticals, fashion, groceries, cosmetics, and warehouses. In fact, several customers have integrated robotics into their product line to deal with a shortage of workers. In the coming few years, the majority of the warehouses will integrate more than 10 robots and the demand would continue to increase in the future.

However, the adoption of robotics in warehouses is the easiest robotic challenge to tackle. It is a whole new level of complexity to create robot software that enables robots to manipulate objects and reach human-level dexterity.

Apart from the e-commerce and shipping industries, robotics has transformed the healthcare sector as well. The introduction of predictive analytical software unlocked new ways to improve patient care. STABILITY platform developed by Rinicare, a Manchester-based MedTech start-up introduced AI-based technology to offer a risk prediction system that warns in case of patient deterioration. The system focuses on the risk of developing atrial fibrillation (AF) in patients who have undergone cardiac surgery.

The Covid-19 outbreak highlighted the need for robotics in the healthcare sector. During the first phase of the pandemic, doctors and nurses were rapidly infected and the spread of infection remained a prime concern across the world. The necessity to involve robots as front-line workers gave rise to many innovations. A team of German researchers has developed AI-driven robots that could prevent the spread of infection and offer necessary materials to treat infected patients without human involvement while performing such care tasks.

Technology has always been the answer to industrial challenges. However, advancements in robot software unlocked new opportunities for robotics in a variety of industries. Although mimicking humans is not an easy job, robot software has surely evolved and is the only tool to take robotics to the next level.