Machine Learning Is Bad at Context. Here's How We Fix It.
by Anna Johansson 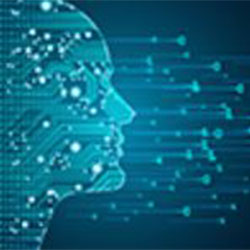 Machine learning is amazing at many tasks. Our most advanced algorithms can process and understand data faster than any human ever could, and we’re even to the point where they can beat our best players at some of the most complex games in existence. But even with all its inherent advantages, and even with a near-constant pace of development over the past couple of decades, machine learning is still glaringly bad at one crucial element: context.

Examples of the Context Problem

Machine learning algorithms can quickly process data, and can provide answers for some of our most complicated questions. But it’s much harder to create a program that can recognize the context for those questions and answers.

It’s easier to think about it in terms of examples:

What We Can Do to Solve the Problem

So what can we do to solve the problem?

Do We Even Need Context?

Do we even need context to maintain our rate of progress with machine learning? The short answer is no—at least not for the time being. For example, it doesn’t matter if a machine learning algorithm “knows” that an image is upside-down if it’s looking for other information; it only becomes a problem if we need the algorithm to tell us whether the image is upside-down.

Humans excel at context; it’s because our brains are naturally programmed for pattern recognition. We don’t really need machines to step in and tell us basic things about our environments—at least not yet.

For the foreseeable future, our best tools will be ones that complement or enhance the human brain, rather than replacing it, so context will continue to be a secondary problem.