Is It Possible for Macs to Get Viruses?
By Larry Alton 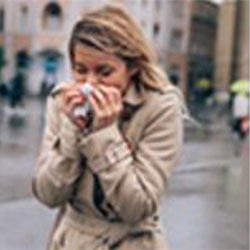 For a long time, Macs have been touted as virus-proof, and many Mac owners still falsely believe that they’re immune from viruses and other types of malware. In reality, though Macs do have different types of vulnerabilities than their PC counterparts, it is possible for Macs to acquire malware. Understanding this vulnerability and guarding against it can prevent or mitigate the possibility of lost or compromised data, and keep your Mac running healthy for as long as possible.

Macs are inherently vulnerable because they rely on hardware and software to operate, and there’s no such thing as a perfect system. However, it is true that Macs get viruses less often than PCs. So why is this the case?

Part of the reason here is that hackers who develop viruses tend to focus on profit, and it’s inherently more profitable to create a virus for PCs than it is for Macs. It costs more money to create Mac OS malware than Windows malware, and the revenue they can generate is higher for Windows-based devices. Macs also do have some natural defenses against malware. For example, Mac OS systems don’t allow users to have root privileges over their machines, and newly installed files are only allowed if they’ve been digitally signed by Apple.

Still, even a perfect operating system wouldn’t be enough to truly protect Macs from viruses, since third-party software and social engineering can still relatively easily put a virus on an exposed machine.

How to Prevent Infection

If you own a Mac and want to prevent infection, there are several strategies you can use.

For starters, turn on your Mac’s firewall, and check out your privacy settings. Within privacy settings, you can control which apps have access to your location data (and other information). You can go a step further by installing a malware protection program, specifically designed to monitor your Mac for possible malware infections and take action if it notices any.

You can also reduce your possibility of being infected by following best practices in your own daily life. For example, you can exercise caution when it comes to following email links or opening attachments from unfamiliar sources. Be extra cautious of phishing scams and social engineering schemes, and never give your passwords or personal information out to anybody.

How to Determine If Your Mac Is Infected

If your Mac is infected with malware, you’ll notice one or more of a few hallmark signs:

Of course, it’s also possible for your Mac to be infected with practically no signs whatsoever.

What to Do If Your Mac Is Infected

If you notice your Mac is infected with malware, there are a few strategies you can use to get rid of it. If the malware is tied to a specific program, file, or other installed product on your machine, you may be able to trace it and delete the offending file. If not, you may be able to take advantage of an antivirus program to get rid of the malware. In more extreme cases, you may need to consult a professional to remove the malware from your device.

There’s no such thing as a completely foolproof device, operating system, or application. Even though Macs do have some greater defenses than PCs and are less likely to be infected than their PC counterparts, Mac owners need to be aware that it’s still possible to be infected. Pay close attention to your Mac performance, be wary of the schemes and tricks designed to rob you of personal information, and take proactive action whenever you notice something wrong.