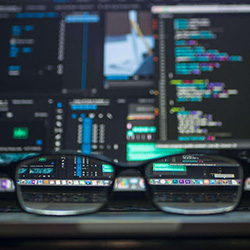 Angular coding requires deep learning and regular practice. The process is not straightforward and well known for the potential litany of errors.

Building and maintaining apps is an art that can be refined to enhance usability. This article will look at five practical tips for strengthening angular app structure, from file management to more complicated coding demands.

What is Angular app structure?

Angular is a building framework for single-page client applications, including HTML, JavaScript, and TypeScript.

Angular’s framework consists of several libraries, some of which are core and some optional.

The increasing demand companies are placing on the production of apps for business, coupled with many moving on from outdated software and operating systems, suggests the need for greater knowledge of essential app structure among developers and a greater sense of efficiency and ease throughout the process.

How to enhance your Angular app structure

With the background covered, let’s look at how developers can enhance their Angular app structure.

A primary reason for choosing Angular over other single-page application frameworks is its well-defined set of processes.

The defined template enables the creation of a specific uniform code base across an organization. This set of rules comes ‘out of the box,’ making them easy to follow. This

increases the uniformity and quality of the code and simplifies cooperation borders, enabling developers to integrate quickly due to the high familiarity with the code.

Following Angular design guidelines is a simple but effective way of getting the most out of the framework. The needs and natures of apps are constantly evolving, whether it’s further AI/AR integration or slick omnichannel marketing functionality, so make life a lot easier for yourself and your dev team by approaching new projects with a defined framework.

One of developers’ most common mistakes when designing an app is placing all their data into the app module. Instead, code should be separated into unique models to make them more accessible and easier to use.

Modules are designed to help you organize your code into small chunks. The idea is to help make things easier to read and find errors while troubleshooting. In addition to looking neat and tidy, devs can also improve user experience by only downloading those particular parts while working, making minor improvements, and explaining digital transformation elements to clients and stakeholders easier.

It’s worth reading up on the difference in module types. We’ve listed a few of the most crucial below:

Feature models are one of the categories of modules available within the Angular framework.

As the name suggests, these modules are created in another folder with the feature name. It is included in a directory named feature, leading to the naming convention: feature.module.ts

Feature modules encapsulate everything within the app into a separate module.

This method ensures it won’t be used throughout other parts of the application without importing.

However, this can cause complications within the application. For example, you may need to import the admin-module to utilize a utility directive when loading a blog section. This can cause confusion and rule out the benefits of lazy loading. In this situation, core and shared modules would instead be used.

Feedback modules also offer the benefit of lazy loading. This technique helps download only the required module to the client’s device. Irrelevant modules are not downloaded during the process. For example, this could be the administrative section of a blog or article section, as it is not necessary to serve that code to each user that visits the site.

The unnecessary code is then separated into an admin section and stored in a feature module. Lazy loading is used throughout the loading process. When users visit the site, they will download only the code they need to see, such as the blog section when visiting a blog page. The JavaScript loads only when relevant throughout particular areas.

Shared modules will be used for pieces of an application that are used across several areas (also known as features) of your application.

When a component is relevant to be reused in one of several features, it will then be considered as a shared module, providing a quick way to share common pieces that fill out feature section modules. An example would be services and pipes for a text-formatting module, which contains many pipes to format text in a specified manner.

All feature modules will then use this module without causing a break in the encapsulation of the other modules.

Feature and shared modules are not enough to cover our typical app requirements. Developers also require another module to place the once used app-wide services. Therefore, the solution is encapsulated into Core Modules in a directory known as core.

App-wide services are imported into the app module, which keeps app modules clean and tidy.

However, the core module has other significant uses. For example, everything that is used on an app-wide basis but is not suitable for a shared module option can be done within the core module.

Loading spinners during the app’s load-up process is another way core modules are excellent. However, they are not used anywhere in the app, so creating an additional shared module is unsuitable for the process.

Angular services are typically provided on a global scope.

However, many are also provided at an application level. The global scope will only be helpful if the practice of the global-singleton pattern is compulsory. If your app service is responsible for storage, one global instance will be required for function. Otherwise, each component will need its separate cache due to Angular’s scoped dependency injection.

Many other services don’t need to be provided globally and are used primarily by a single component. It makes sense, in that case, to give each service within the component rather than the service itself, especially when the service is directly linked to the component. Doing the opposite would require the services defined in a module to make it accessible wherever needed.

In this case, services are related to feature modules, making them easier to find, alter and understand in the proper context. Equally, this enables significant lazy-loading benefits and reduces the hazard of dead code.

3. Get your async Code right

To reach code consistency, it’s essential to follow the opinion of the Angular framework. In this case, it’s the asynchronous code.

The rxjs library is employed for each asynchronous function and utilizes the observer pattern. In addition, the following will ensure greater accuracy:

4. Keep Logic outside your Components as a Separate Service

Keeping Logic out of your app components can dramatically increase the quality of your code. Some primary benefits include:

Several challenges arise from each component having its unique state. First, it confuses testing, editing, and production processes, making devs lose track of which component is in which state, especially on larger applications.

As your app develops and grows in popularity, the code quality can decrease significantly.

Among these hundreds of components, each with its state, is the potential for mass failure or elements simply going out of date.

This can be almost impossible to debug when live.

A solid solution is implementing a centralized state management system. This means your application state is stored in a single location rather than distributed throughout the app. This reduces potential changes to one single fix and ignores a typically complex navigation tree while debugging.

Additionally, a central state makes it easier to transfer between two applications or persist the state to a disk. The data doesn’t need to be collected from various points.

This solves issues such as component communication, as they react to whole-scale state changes.

It’s unnecessary to follow these strategies to the letter to develop an incredible Angular app structure. However, they set your projects up to be dynamic, accessible, and easily alterable.

The changing nature of tech, from the mainstream nature of SaaS products (look at contact center as a software service) to the widespread usability of apps in everyday life, mean that an understandable, enhanced app structure is more important than ever.

Jessica Day is the Senior Director for Marketing Strategy at Dialpad, a modern business cloud communications platform that takes every kind of conversation to the next level—turning conversations into opportunities. Jessica is an expert in collaborating with multifunctional teams to execute and optimize marketing efforts for company and client campaigns. Here is her LinkedIn. She has also written content for DataFeedWatch and Brightpearl.