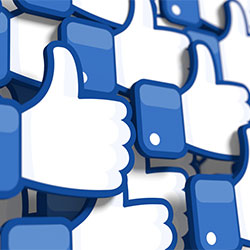 Check Facebook right now, and you’re likely to find a dozen videos vying for your attention. Which you watch depends on an enormous number of things: your mood, which color catches your eye, the company or individual who posted it, and more.

But as far as performance video is concerned, views are only half the battle. When it comes to social media advertising, what producers actually care about is conversions. Did viewers click through, and if so, did they actually purchase or sign up?

To satisfy those questions, performance video producers need more than artful content. While quality matters, video marketers trying to win over Facebook users must manage everything from segmentation to production to delivery. Too often, they forget to do the following:

Other than your current customers, who are most likely to buy from your company? Consumers who are similar to them, of course. Facebook and other social media firms use a process called lookalike modeling to find users whose demographic and psychographic characteristics align closely with your existing customers’.

When Shift wanted to grow its workflow management software’s user base, it turned to Facebook’s Custom Audiences tool. Shift, a social media marketing company, then targeted 15-second video ads at consumers who looked similar to either its active users or engaged website visitors. After crunching the numbers — and tweaking its audiences to suit — Shift saw a 20-fold boost to its annual recurring revenue and a doubling of its overall return on ad spend.

Marketing is a matter of experimentation. A direct response video might be converting viewers — but would a different one focusing on a different audience bring more revenue in the door? Questions like that led Molekule, a San Francisco-based air purification startup, to partner with video company TubeScience, who helped them leverage the Facebook campaign budget optimization tool and develop new ads to reach a broader audience.

By using the CBO tool that shifted its budget toward top-performing ads and audiences, Molekule reduced its cost per purchase by 19%. At the same time, it realized a 1.25 times greater return on its ad spend. Through technology and a partner’s expertise, Molekule gained the most from high-traffic periods. Manual optimization and narrow targeting simply can’t match that.

Although their preferences aren’t always clear, viewers are smart. They don’t need a video that screams “Buy this!” to get the message, and they don’t need special effects to see how a product or service works. In fact, understated ads are sometimes more effective because they intrigue the viewer and command his or her attention.

As KAYAK discovered, tasteful video ads can also be less expensive, improving return on investment. Through a partnership with Facebook Creative Shop, the travel search engine turned still ads into lightweight videos with four styles of motion: basic, or simple animation that zooms in and out on still photos; brand, a logo-based animation to improve recall; benefit, a single perk that’s highlighted by animation; and demo, a product or app featured with animation. With lightweight motion, KAYAK cut its ad production time by 50% and its cost per incremental searcher by 39%.

These days, any company that doesn’t invest in ad retargeting is leaving money on the table. Although Bremerton Wellness, a chiropractic startup in Washington, had been running Facebook video ads for years, it only recently began retargeting audience-tailored videos to viewers who’d engaged with the prior ads. Those ads pointed viewers to a back pain questionnaire and lead form that was auto-filled from their Facebook profile.

Facebook is full of video content, but some of those videos are better at turning views into conversions than others. Top performance video producers target viewer groups as tightly as possible, test their assumptions, stand out through subtlety, and don’t give up when the first ad doesn’t deliver. Those videos do more than collect views; they collect revenue.