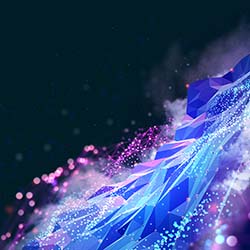 Artificial intelligence has deeply put down its roots in our daily life. Neural networks have taken on a special significance and power as one of the AI trends. Today neural networks may learn, work, predicts, and even cure. And this is not a complete list of its possibilities. We need to understand, what artificial nets can learn from us, and what they can teach us. In that sense, the cooperation of humans and machines may be fruitful for both sides.

A neural network works on the principle of a mathematical model and resembles the function of the human nervous system. Every artificial neuron is a cell that has many inputs for incoming data, but only one output. With the help of a machine algorithm, input signals transform into an output value. Neural networks operate with the laid examples to recognize patterns. The more examples we put into the algorithms, the more accurate result will be.

Speaking about building a neural net, we should mention that there are several basic types of them. Every artificial network consists of several inputs, weights (to define the importance of inputs), a threshold (to define whether the sum of weights is less or greater than a value of threshold), and an output. To understand the principles of artificial networks, it is essential to look through distinctive features of some types of artificial nets. If you wish to go deeper into NN types, check this overview of convolutional neural networks.

Perceptron is an artificial network, where the binary classification algorithm is used. For example, it may define whether it is a cat or a dog in the picture. This model complies that it is possible to modify the weights values and threshold values so that the machine will make different decisions.

Moreover, it is vital to mention that there can be only one layer in perceptron, or it can have several layers. An algorithm of a single-layer network cannot model a hierarchy of patterns. However, a multi-layer perceptron is a deep artificial network consisting of not only inputs and outputs. There are so-called «hidden» layers between them, and exactly these hidden layers make the entire net process and calculate.

Applied in perceptron ML algorithms aim at solutions of supervised learning tasks. These algorithms train following in- and output values and learn to produce correlations between the data.

Sigmoid is another type of artificial neuron. Unlike the perceptron model in the sigmoid model, every weight change may cause a small change of the output value. Thus, the output may be not just «0» or «1», but any number between them. For example, we are planning to visit Spain this summer, but because of the global pandemic, we do not sure – to buy tickets or not. If to use a logistic function as an activation function, we will get a value between «0» and «1». For instance, the value «0.7» says that the artificial net advises us to buy tickets rather than sit at home and observe the recommendations of the WHO.

We have already made it clear that the perceptron network is feedforward. In other words, the network does not form a cycle. On the other hand, in recurrent neural networks, a neuron receives a signal not only from the previous layer but also from itself from the previous pass and its memory.

A recurrent network is difficult for building as it contains a special neuron called a vanishing gradient. This firing neutron causes the fire of others for a limited period. The problem with this neuron «fire» is a quick loss of information in time. That is why it is significant to define the order you will train your net.

We have already take a glance at some basic types of neural networks. Now let’s look at the process of handwriting recognition with the help of an artificial net.

The first step is image processing. At first, we need to transform images into a binary system and convert them into «0» or «1» with the help of the threshold method. Secondly, we need to separate characters from the image and analyze each character. Lastly, it is important to standardize all character images, in other words – to make them one size.

The second step is patterns extraction. It complies that our characters are encoded into binary numbers. For example, black pixels will represent «1», and other pixels will be «0».

The third step is building a net. Our net will contain several layers: an input, a hidden layer, and an output. The input neuron sends the information to the hidden layer, which, in turn, sends the signal to the output.

The final step is training our network. The learning algorithm analyzes signals from inputs and processes the output set. Then the artificial network compares this set to the initially chosen values.

A neural network is not an ordinary mathematical model. It is a computational and hardware embodiment.

Artificial networks have significant benefits in contrast to traditional calculating methods. The ability to learn makes it possible for a neural network to solve a problem with unknown patterns and correlations between input and output data. A net can reveal and exclude non-informative parameters for analysis. Another advantage of neural networks is the ability to adapt itself to the constantly changing environment. Moreover, the higher the adaptive capabilities of the neural network, the more stable it works in a non-stationary environment.