In Memoriam: Raymond E. 'Ray' Miller, Professor Emeritus at the University of Maryland, 1928-2019

Raymond E. “Ray” Miller, a well-known and respected professor emeritus at the University of Maryland who was a Fellow of the IEEE, ACM, and the American Association for the Advancement of Science (AAAS), died on 5 June 2019 at the age of 90.

He passed away after a brief illness, said Miller’s daughter, Patty Baggett. 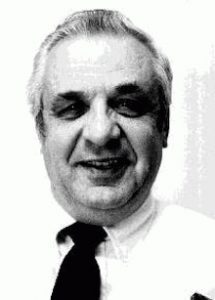 ACM posted the following obituary based on a 84-page memoir that Miller wrote for the IEEE Computer Society, which he titled “Over 50 Years in Computing”:

Miller was born on 9 October 1928 in Bay City, MI. He attended college at the University of Wisconsin in Madison, earning a bachelor’s degree in mechanical engineering in 1950.  He then went to work for IBM as a mechanical engineer until May 1951, when he was called to report to active duty in the U.S. Air Force as a result of the Korean War.

“I felt that it was quite important for me to serve my computer science community by volunteering to do things through our professional societies to help the field mature.” ~ Miller

On leaving the Air Force, Miller requested of IBM and received, a “leave of absence for educational purposes,” which he used to attend the University of Illinois, where he received master’s and Ph.D. degrees. In 1957, doctorate in hand, Miller returned to IBM, to work in a group focused on “switching research.”

He was a research staff member at what became the IBM T. J. Watson Research Center from 1957 to 1980; a professor in the School of Information and Computer Science of the Georgia Institute of Technology (Georgia Tech) from 1980 to 1989, and director of Georgia Tech’s School of Information Science from 1980 to 1987. He served as a professor of computer science at the University of Maryland from 1989 to 2002.

Miller served as a professor emeritus at the University of Maryland through the end of last year. Said his daughter, “Dad was 90 years old and had been regularly going into his office until this past December when he decided he no longer needed to drive there anymore and finally retired.”

He said he joined ACM and IEEE in 1957-58 “so that I could receive the two major technical journals of that time: the IEEE Transactions on Digital Computers and the Journal of the ACM (JACM). Early on, he was active in the IEEE/CS Technical Committee on Switching Circuit Theory and Logical Design (later known as Switching and Automata Theory), eventually serving as its chairman. He later helped create, joined, and became the first chairman of the ACM Special Interest Group on Automata and Computability Theory (SIGACT).

Miller was asked to become Area Editor for Theory of Computation for JACM and served as the publication’s editor-in-chief from 1972 to 1976.

Miller spent 14 years (1973-1987) as a member of the ACM Publications Board, six years (1976-1982) as a member-at-large on the ACM Council, and served as chairman of the ACM Management board from 1978 to 1982. He also was the ACM representative to the Board of Directors and Executive Committee of the American Federation of Information Processing Societies from 1979 to 1983.

In his memoir, Miller wrote of this period, “I felt that it was quite important for me to serve my computer science community by volunteering to do things through our professional societies to help the field mature. Certainly, publications are an important part of the research community, and the expansion of the ACM publications into the various transactions has proved quite useful. These activities also provided me the opportunity to work with, and get to know, a much broader range of people in the computer field, thereby broadening my understanding of computing and its impact on society.”

Want to learn more about the accomplishments, activities, and innovations of our members? Subscribe to the INSIDER newsletter.

In the early 1980s, Miller said, “I was asked by the chairman of the ACM Education Board to become a member of a combined task force of IEEE/CS and ACM members that was looking into the question of whether there should be some sort of certification or accreditation process set up for computer science undergraduate programs.” While he agreed to join, Miller said he was “quite skeptical of the prospect of accreditation activities for computer science programs,” but kept an open mind.

That task force resulted in the creation in 1984 of the Computing Sciences Accreditation Board (CSAB), with a special Computer Science Accreditation Commission (CSAC) to handle the computer science accreditation process. Miller served the group initially as vice president and served as its president from 1985 to 1987. IEEE’s Taylor Booth, the group’s first president, and Miller wrote an article summarizing the group’s accomplishments during its first year that was published by both IEEE and ACM.

Said Miller, “On the whole, however, I believe that accreditation has proved to be beneficial by setting minimum standards for undergraduate computer science education. The criteria helped many young departments in establishing their programs and getting their university’s support for facilities. Even for those programs that have never actually seen the need to request accreditation, the existence of the CSAB criteria has had a broad effect on these programs as well. ”

Miller received the ACM Distinguished Service Award for “for strengthening and nurturing computer science as a profession and as a discipline. Throughout his career, departments, journal boards, technical committees, accreditation processes, curriculum revision initiatives, conferences, workshops, and numerous other professional activities have benefited from his judgment, leadership, and energy.” In the award presentation, he was cited for his 14 years on the ACM Publications Board, his stints as editor of the Journal of the ACM and ACM Transactions on Networking, and for his work founding and leading the Computer Science Accreditation Board, “helping, through his statesmanship, to make it a model of inter-society cooperation.”

He was named a Fellow of CSAB in 2003, “In recognition of his outstanding professional volunteer contributions to computing sciences and accreditation.”