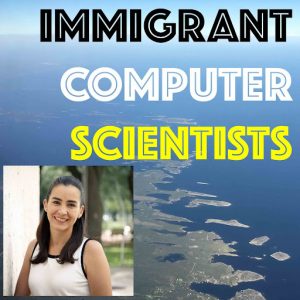 This guest came from a background where money wasn’t abundant, parents who didn’t go to college, and faced many rejections on the road to attending college. Now, she is a professor in the United States and a leading researcher in the area of NLP! In episode 24, we hear the story of Thamar Solorio. She is the 2014 recipient of the Denice Denton Emerging Leader ABIE Award, received recognition from the Anita Bord Institute, and was program committee co-chair in 2019 of the NAACL.

Guest: Thamar Solorio, Professor of Computer Science at the University of Houston. [LinkedIn] [Twitter]. A renowned researcher in Natural Language Processing and immigrant from Mexico.

Only 2 more episodes to the Season 2 Finale! Stay tuned!