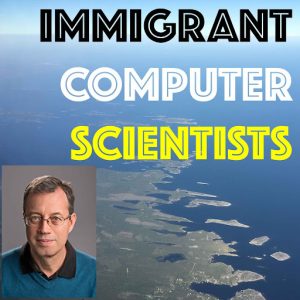 Ion, the famous professor who created Apache Spark, Ray, Chord DHT, and founder of Databricks, Anyscale, and Conviva. Episode 32 dives into a spectrum of topics, including what it was like to grow up in communist Romania, working in Romania in the 1990s, and the experience of immigrating to the United States.

By the end of this episode, you’ll be able to deal with impostor syndrome, manage the fear of being wrong, and complete your Ph.D. while raising a family.

Here are a few things we bet you didn’t know about Ion: