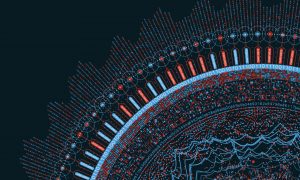 Part of this February 2018 Computing Now theme presents the highlights of IEEE VIS 2017, a flagship multi-conference in the field of visualization. Machine learning became a focal point during IEEE VIS 2017 — a notable but unsurprising new development. The number of technical papers on the topic quadrupled in comparison with the year before, and there was also a workshop, a panel, a tutorial, and a few invited talks on the topic. In recent years, machine learning has transformed from an inspiring methodology for artificial intelligence (AI) to a practical solution for engineering software models. This is thanks to accountable model-developers who use rigorous processes to understand, evaluate, and optimize the learned models. It’s exactly this need that stimulates the recent surge of new works on visualization-assisted machine learning by academic and industrial researchers.

“Visualizing Dataflow Graphs of Deep Learning Models in TensorFlow,” by Kanit Wongsuphasawat and colleagues, received the IEEE VAST 2017 Best Paper award. It presents a graph visualization tool as part of TensorFlow,™ an open-source platform for machine learning. It enables model developers to visualize very large and complex graphs depicting machine-learning models and the flow of the data during their learning. It provides valuable support to machine learning, especially in the phases of learning preparation and model evaluation, improving the rigor and intelligibility of model development.

Danielle Albers Szafir received the IEEE InfoVis 2017 Best Paper award for “Modeling Color Difference for Visualization Design.” It presents a series of crowdsourced experiments designed to gain insight into the relationship between the color differences perceived during visualization and the colored visual objects of different shapes and sizes. The study results in a novel finding that the perception of color differences varies depending on the shapes and sizes, giving rise to a collection of prediction models.

The IEEE SciVis 2017 Best Paper award winner, “Globe Browsing: Contextualized Spatio-Temporal Planetary Surface Visualization” by Karl Bladin and colleagues, addresses a major challenge in visualizing astronomical data by providing an open-source system as part of the astro-visualization framework, OpenSpace. In particular, the technology allows terrains in a planetary model to be constructed dynamically from data streamed from multiple online repositories. It enables interactive high-fidelity presentations in a range of environments such as immersive dome theaters, interactive touch tables, and virtual-reality headsets.

In “Physical Visualization of Geospatial Datasets,” Hessam Djavaherpour, Ali Mahdavi-Amiri, and Faramarz F. Samavati present an approach that uses digital fabrication and 3D printing to create physical models of digital geospatial datasets. They propose several methods for addressing a number of technical challenges such as affordability, scalability, and reusability.

In “The Emerging Genre of Data Comics,” Benjamin Bach and colleagues explore the potential of using data comics to tell the story of a dataset and the related contextual information. For the first time in the visualization literature, authors pointedly present the entire article using data comics, demonstrating the feasibility of this novel form of visualization.

Like many fields in computer science and engineering, the field of visualization cannot and should not shrug off its social responsibility. In “How Visualization Can Foster Diversity and Inclusion in Next-Generation Science,” Kelly Gaither contends that: visualization is a universal language; visualization researchers, developers, practitioners, and educators are fluent in collaboration and building bridges; and the visualization community is well positioned to provide a fresh approach to making diversity and inclusion not only desirable but also necessary tenets.

This video features a discussion on the wide adoption of visualization and visual analytics in a large corporation. Dr. Liu Ren, the director and chief scientist of human-machine interaction at Bosch Research and Technology Center in Sunnyvale, California, describes the company’s recent R&D innovations in visual analytics. These innovations address challenges in a number of application areas — such as Industry 4.0, Internet of Things (IoT), connected vehicles, and explainable AI — and are used to discover interesting patterns in the data, unlock black boxes in AI solutions, and deliver explainable data analytics.

These articles originally appeared in two IEEE Computer Society publications. We encourage you to follow further developments in visualization through IEEE TVCG and IEEE CG&A. We hope you enjoy reading the articles and viewing the video in this selective snapshot of current visualization trends.

Theresa-Marie Rhyne is an independent visualization consultant. She is the Visualization Viewpoints editor for IEEE Computer Graphics and Applications and a member of the Computing Now advisory board. Contact her at theresamarierhyne@gmail.com.

Min Chen is a professor of scientific visualization in the Department of Engineering Science at the University of Oxford, UK. He was an associate editor-in-chief of IEEE Transactions on Visualization and Computer Graphics from 2011 to 2014. Contact him at min.chen@oerc.ox.ac.uk.