Computer‘s multimedia editor Charles Severance visits Bletchley Park to commemorate the 100th anniversary of Alan Turing’s birth. Turing’s ground-breaking work in the 1940s continues to have an impact on computer science as we know it. The Turing test, Turing machine, Turing completeness, and Church-Turing computability bear his name in acknowledgment of his early breakthroughs and influence. In the video, we see the German Enigma machine used to encrypt messages, and the BOMBE mechanical computing system that was designed by Alan Turing to crack the Enigma code. We also see the first electronic tube/valve-based computer called the Colossus that was built to break the more sophisticated Lorenz SZ42 encryption used for Hitler’s strategic messages during World War II. We see and hear both the BOMBE and Colossus running as if they were in production doing code-breaking during the war. 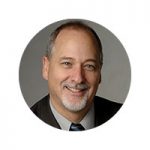 Charles Severance is a clinical associate professor and teaches in the School of Information at the University of Michigan, and served as Computer’s multimedia editor until 2018. Follow him on Twitter @drchuck or contact him at csev@umich.edu.