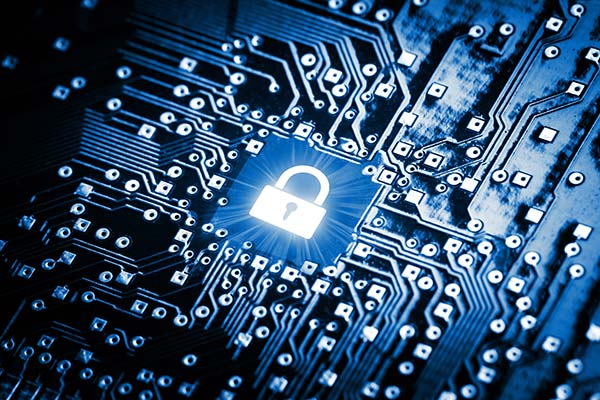 Over the past eight months, I have been following stories about bitcoin—an electronic currency that has been available for roughly the past seven years. It is an independent mechanism of exchange, created by no country and managed by no central bank. It presents itself as trustworthy currency. “We have proposed,” states the original paper on bitcoin, “a system for electronic transactions without relying on trust.” However, the events of the year have caused all of us who follow bitcoin to ask ourselves if we really understand the nature of trust and wonder if technology really does nothing more than attempt to shift our trust from one group of people to another—from bankers to computer owners.

The story that has unfolded over the past year concerns the invention of bitcoin and block chains. The original paper on bitcoin carries the name Satoshi Nakamoto (“Bitcoin: A Peer-to-Peer Electronic Cash System,” https://Bitcoin.org/Bitcoin.pdf), but no one named Nakamoto has ever been publically associated with bitcoin. Furthermore, all efforts to identify Nakamoto have been fruitless. Since the paper appeared in 2009, about a dozen people have been identified as Nakamoto, but none of them proved to be the original author. Until last year, most people familiar with the technology had concluded that the name “Satoshi Nakamoto” was actually a pseudonym for a small team of people who worked on the design and implementation of bitcoin.

However, last December, an Australian engineer, Craig Wright, identified himself as the inventor of bitcoin. Wright’s claims were originally met with an attitude that might be called “respectful skepticism.” Few people believed that Wright was the sole inventor of bitcoin and block chains. However, they were willing to let him present evidence for his claim.

In making his claim, Wright was seeking to be recognized as the inventor, but he was not attempting to get the legal rights of being the inventor. At this point in time, no could get those legal rights. Those rights are determined by national patent systems, a legal framework that is maintained by each country that allows inventors to get the benefits of their work for a specific period of time. Those systems generally require inventors be able to show certain things about their work: that their work contributes something new to the field, that their work is not obvious to an expert in the field, and that they were the first to think of this idea by being the first to apply for a patent.

Patents are one of many ways of protecting intellectual property, of getting the full economic benefits of your invention. They are one of the hardest forms of protection to get but also one of the most powerful. If you get a patent for your invention, you can get royalty payments for anyone who uses the invention, even if they didn’t get that invention from you. If someone knows nothing about your invention and rediscovers it themselves, they are still governed by your patent. They would still have to pay royalties to you. By contrast, copyrights concern copies of your invention. You get a royalty only if someone has copied what you have done. Hardware tends to be patented. Software tends to be copyrighted. If you duplicate a patented invention in hardware, you are still subject to the original patent and must pay the inventor. If you duplicate a software system, you do not have to pay the original inventor because you do not have a copy of the software. However, you will have to show that you created your software without incorporating any of the original code.

Bitcoin is not patentable because of one of the common features of national patent systems. Most of these systems follow standards that are created in the World Intellectual Property Organization, or WIPO. WIPO is part of the United Nations and is headquartered in Geneva. One of the WIPO standards states that devices should not be patentable if they have been released to the public before the inventor applied for the patent. This concept is known as “prior disclosure.” Bitcoin was disclosed to the public in 2009, when it began operating on the Internet. Because of this, Wright could not be the legal inventor of bitcoin, even if he had actually created it.

Yet, there is value in being informally recognized as the inventor of something, even if you don’t hold the patent for that device. If the public recognizes you as the inventor, they respect your work and place value on it. They also expect that your future work will have value as well. When Wright announced that he was the inventor of bitcoin and block chain, he was preparing to patent a number of new inventions that were related to these technologies. Given how he announced his role in creating block chain technology, it seems likely that he hoped that he would be able to make his new patents more valuable.

Of the ideas that support bitcoin, the idea of the block chain might prove to be the most important and most transformative. Over the next decade, it could fundamentally transform global business and change the relationship among institutions that conduct business. At base, the block chain is nothing more than a public ledger, a record of transitions. In the bitcoin system, the block chain tracks every single transaction for every bitcoin. From the block chain, you can identify when every bitcoin was created and every time that that coin changed hands. To have a private transaction with bitcoin, you have to use a pseudonym.

Ledgers, of course, have been essential to business for most of human history, yet they have one common flaw: they can be altered by the person who possesses the ledger. If you are keeping the ledger, you can manipulate the records to favor yourself. Block chains address this problem in two ways. First, they are a chain of records that are chronologically linked. They begin with a base record, and each subsequent transaction (or group of transactions) is linked to the prior record. The linking process inserts into each transaction a cryptographic hash of the prior record. Hence, if someone changes one record of the chain, they will have to change every subsequent record of the block chain. Because the work of building the cryptographic hash is a hard problem, it would require a substantial amount of effort to change a single transaction.

For the moment, block chain technology might have more value as a way of keeping organizational records rather than as a means of supporting a currency. Bitcoin and other Internet currencies have at least one major flaw that needs to be solved before they can replace the renminbi, the dollar, or the euro. These currencies have no easy way of controlling the amount of currency in circulation. In most countries, we adjust the economy by controlling the size of the money supply. If the economy is slowing down, we increase the amount of money in circulation by offering loans with low interest rates. If the economy is growing too fast, we can slow that growth by increasing the interest that we charge on loans, thereby decreasing the money supply.

Bitcoin has no mechanism for adjusting the amount of currency in circulation in response to economic needs. The system adds a fixed amount of bitcoins every time a new record is added to the block chain. Some critics of bitcoin argue that cybercurrency will not be important until it has a more sophisticated way of expanding or contracting the number of coins in circulation.

However, the block chain will likely have a prominent role long before we solve the problem of increasing or reducing the amount of cybercurrency in circulation. The block chain can be used to secure organizations’ records. Just as it can record every single bitcoin transaction, the block chain can be used to record every transaction of an office: purchases, receipts, exchanges, even notices of action and minutes of meetings. All these can be stored in a form that is difficult if not impossible to modify. If an organization needs to preserve the integrity of its records, it can consider the power of the block chain.

With its ability to keep a permanent record of transactions, the block chain could have been used to keep a secure record of the history of itself and of bitcoin. With only a little effort, the originators of this technology could have left us a permanent record of their work and contributions. Had they done so, Craig Wright would have had an easier time establishing his connection to the technology. However, they did not. As a result, Wright spent about six months trying to build a case that he was the inventor. Again, he was not trying to claim the legal rights of the inventor. He was looking for the validation of the community that had used and developed bitcoin.

Wright found it difficult to gain the trust of the bitcoin community. He was able to establish that he knew some of the early developers or had even been part of a development team by accessing some of the early records on the bitcoin block chain. However, as he made his case, he did a few things that suggested to many that he might be making a fraudulent claim. (The story of Craig Wright is told in depth in a recent article in the London Review of Books by Andrew Hagan: “The Satoshi Affair,” vol. 38, no. 13, 30 June 2016, pp. 7–28).

In the face of strong criticism, Wright continued to claim that he was the person who had created bitcoin and block chain technology. However, he eventually withdrew his claim. “I broke,” he wrote. “I do not have the courage.” His departure served as a reminder of the weakness of computer records. We have created and collected large body of electronic data over the past 70 years. However, we did not have enough to allow Wright to prove that he was the originator of technologies that were less than a decade old. Data, after all, is not always equivalent to trustworthiness.