Is the Smartphone a Real Innovation?
By David Alan Grier 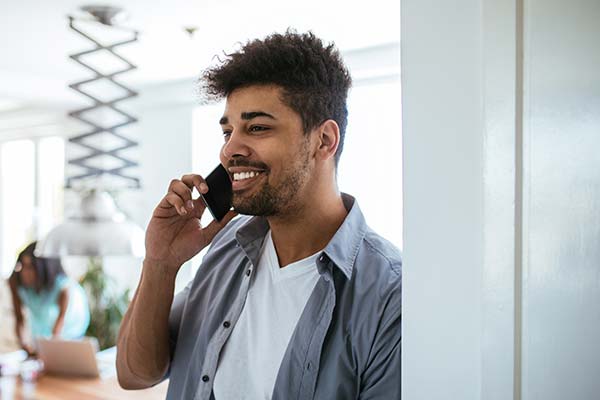 Rumors and rumors of rumors. As the 10th anniversary of the iPhone approaches, we are starting to hear stories about how Apple might celebrate the event. The most common story seems to be one that suggests that the company will release a new version of its smartphone that resembles nothing more than a plain sheet of glass with images completely covering the front and perhaps the back of the device. I have no information that will confirm this, or any other story. However, I do feel that it is a good time to pause and ask if the iPhone is truly an innovative device.

At first glance, such a question seems preposterous. The iPhone has been a stunningly successful product. Since its introduction in spring 2007, Apple has sold more than a half billion phones. The company has 40 percent of the US cell phone market and 15 percent of the global cell phone market. Yet, building a large market is not the same thing as being innovative, as forcing people to think or act in new ways. Many a popular product can vanish without a trace. Truly innovative products need not be popular at all, or might be popular for only a short time. Apple’s iPod, for example, radically changed the market for popular music, but it has ceased to be a viable product. A similar statement can be made for personal data assistants (PDAs), the handheld devices that flourished in the 1990s. As both products were incorporated into the iPhone, they might ultimately be remembered as the innovative technologies, whereas the iPhone will be chronicled as the as nothing more than the sum of different consumer devices.

Perhaps the best way to understand the innovative nature of a technology is to consider how it alters the relationship between labor and capital, how it changes the balance between work and the tools of work. Truly innovative technologies radically change that balance by making it easier for workers to do more work and to do more kinds of work. They lead to new products and new processes. Less innovative technologies merely reduce the cost of production. Reducing the product cost is good, as it allows more people to consume it. However, lower costs can often have only a small effect on society.

For a good model of a truly innovative computing technology, I often turn to the story of computer-controlled typesetting—the process of putting text into print. It was introduced in the US and Japan between 1975 and 1985. Computer-controlled typesetting fundamentally changed the relationship between workers and capital in two ways. Both substantially changed the American newspaper business.

The first innovation was disruptive as it put a number of people out of work. However, it was far less important than the second innovation. In this second innovation, publishers discovered that computer-controlled typesetting put text into a form that could be transmitted over telephone lines. Although they could not yet send this text directly to their readers, they could send it to distant printing plants and hence get their periodicals to more readers with little expense.

This second innovation radically changed the nature of newspapers in the US. Prior to 1975, newspapers were local institutions. They sold their periodicals to readers in a single city or a small geographic location. They were limited by the delay in sending newspapers by trucks or by a distribution network of children. With computer-controlled typesetting, they could operate multiple printing plants. They could distribute their periodicals over a large region or a state or even the entire global. USA TODAY would have been impossible without computer-controlled typesetting.

The impact of this second innovation has actually spread far beyond newspapers. It has touched advertising, the businesses that relied on that advertising, and ever-local governance. We tend to think that the Internet changed the nature of newspapers. That change actually began with computer-controlled typesetting.

This, of course, returns us to the question: Was the iPhone a truly innovative product? The answer to this question is probably “yes,” though that answer is probably not what we expect. In many ways, the iPhone was not innovative. It was merely a collection of services that had been available for a decade. Cell phones had been available from the early 1980s. They converted to digital signals a decade later. The Game Boy, a portable device for playing games, was invented in 1989. SMS texting was a commercial service in 1995. PDAs, portable devices that included a calendar and date book, appeared in 1996. They began to be connected to the Internet three years later. Cell phone cameras appeared in 1997. The iPod, the digital music player, appeared in 2001.

If the iPhone is merely the sum of these parts, then it was not really innovative. It was more unified and easier to use than its predecessors. However, it didn’t really change the relationship between the individual purchasers and the capital machinery that they used for communication.

However, if look more broadly, we see that the iPhone did change a key relationship between workers and capital, a relationship that was based on the people who wanted to contact cell phone owners. The iPhone offered new and inexpensive ways of contacting cell phone owners. They could contact the owners through conventional methods, such as phone calls and SMS, but they could also use ways that relied on Internet technology—technology that could send more sophisticated forms, such as pictures, sounds, videos, and interactive games. This kind of technology immediately changed the nature of marketing and forced advertisers work in new ways.

Ultimately, the iPhone, and the other smartphones that followed, allowed advertises to reach mobile consumers, to allow them to communicate with consumers who were neither tied to a fixed location nor able to always answer the phone. Although we could flip the argument and claim that the smartphone allowed mobile individuals to contact other mobile individuals, we are faced with a harder argument. Consumers had access to most of the individual services long before the smartphone appeared on the market.

We could also use the engineer’s argument that the iPhone is innovative because it is built on beautiful and well-crafted technology. It is indeed built on beautiful technology. And it is appropriate that we recognize all the engineers and computer scientists who have contributed to cell phone technology. However, a device is innovative when it changes the relationship between capital and workers. The iPhone has been most innovative when it has been used to organize cell phone owners into a fluid, dynamic, and global marketplace.