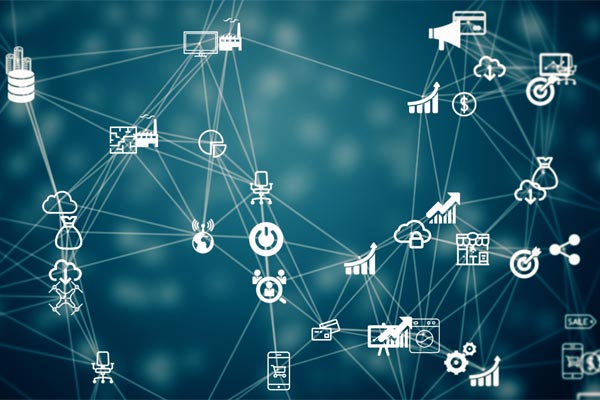 The “most profound technologies are those that disappear,” wrote the computer scientist David Weisser some 20 years ago. They “weave themselves into the fabric of everyday life until they are indistinguishable from it.” However, some technologies require a substantial public discussion before they take their place as part of the fabric of everyday life. The conversation goes back and forth until we have adjusted the technology to solve real problems and redefined our problems in a way that can be solved by the new technology. At the moment, we are in the midst of such a dialogue with the Internet of Things.

The Internet of Things is a fairly new idea, though it is based on older technologies. Kevin Ashton, the British businessman and tech entrepreneur claims to have invented the term in 1999, when he was making a presentation to the executive of Proctor on systems that would use Radio Frequency Identifiers (RFID) to manage supply chains. He acknowledged that he had no special “right to control how others use the phrase” but he argued that it referred to an environment in which computers “knew everything there was to know about things—using data they gathered without any help from us.” Such a definition is not specific enough to serve as a foundation for new technology and so the engineering community started to build the basic concepts for the new technology, a technology that businesses began developing a few years after Ashton defined the term.

The fourth is still a vague concept. NIST defines it as the eUtility, a software system that takes data from the aggregator and other sources to produce a stream of information. NIST feels that this definition needs to be vague “to allow for unforeseen future services and products that will be incorporated in types of [the Internet of Things] yet to be defined.” However, to be prepared for all possible security problems, NIST needed to identify this element as a potential point for attack. It is easier to spoof aggregated data than to spoof all the sensors coming into the aggregator, and it is easier to spoof data analyses than to spoof the aggregated data.

The last element of the NIST framework is called a “decision trigger.” It is the algorithm that takes an action for the Internet of Things. As a security vulnerability, it may be the weakest link. It would be possible to substitute codes that could make decisions without ever looking at the results from eUtilities or data aggregators.

The NIST framework is not perfect, nor is it yet universally accepted. It has drawn a modest amount or criticism for its definitions and terms. However, it seems to be gaining enough support to make it the common model for thinking about the Internet of Things.

Health applications have the potential of being a truly invisible technology, something that is woven into the everyday fabric of both patients and doctors. It might allow doctors to monitor the activities of patients, and patients to monitor the responses of doctors. To date, the discussion of these portable monitors has occurred over a narrow topic: the ability of a single doctor to view health data of a single patient. However, the NIST framework indicates that the conversation will have to become much broader. It suggests that we will not have doctors tracking patients on a daily basis but we will have aggregators and utilities that collect and organization data. It also suggests that health care decisions might be initiated by automatic triggers rather than the judgment of a physician.

Conversely, the framework suggests that there will be another side to a healthcare Internet of Things. Such technology will produce data about doctors, including information about the treatment they recommend, the cost of that treatment, and the effectiveness of that treatment. Doctors are already monitored by their peers. The Internet of Things could create eUtilities and decision triggers that radically expand how they are monitored.

Over the past year, the sales of portable health monitors have slowed. Both patients and doctors seem to be evaluating the benefits of this technology and deciding whether it is working in a way that benefits them. Like much of the Internet of Things, it is a technology that has slowly become visible to a large number of people. These technologies will remain visible as we discuss how they need to be adjusted to fit into our lives and how our lives need to be adjusted to accommodate them. Eventually, we will be able to answer both sets of questions to our satisfaction and can let the Internet of Things slip into invisibility.