In E-commerce We Trust
By David Alan Grier 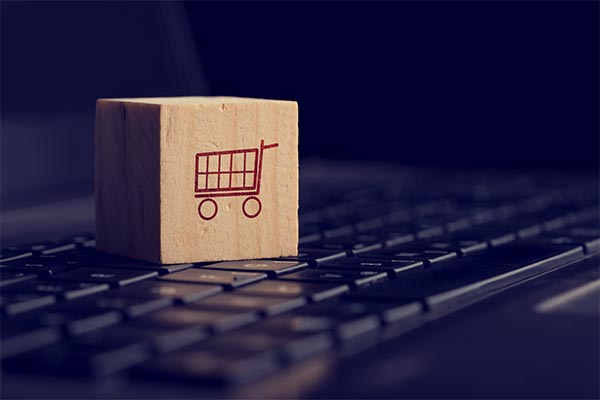 Perry didn’t blame e-commerce for putting him out of business. “There were a lot of factors,” he explained to me. “Retail has changed considerably since your grandfather owned the store.” Yet as we talked, I could clearly see that the forces of e-commerce had directly and indirectly contributed to the store’s demise. As he looked to the future, he was going to try to build a new business that better utilized computing technology, a business that would be built on the store’s capital and its reputation.

The store was located in an isolated railroad town in the American West. Because of its location, it was able to avoid the pressures of information technology for a long time. Over the years, information technology and e-commerce have transformed four major aspects of retail: operational efficiency, market scale, market efficiency, and consumer trust. All of these are influenced by technological research and have affected the way that we train and develop the managers of retail stores.

Of the four categories, my grandfather and his successors were most concerned about consumer trust. They knew that customers shopped in their store because they trusted the owner and trusted the sales staff. Once customers lost that trust, they would take their business to the big companies in Chicago and Denver. They would order their goods from a catalog, let the companies ship it on the railroad, and pick up their purchases at the station.

For the most part, the US government ignored the problem of trust when it began to promote e-commerce in 1996. It assumed the retail companies knew that they had to be trusted and that these companies would work to gain the public’s trust. However, several key government leaders were concerned that it might take some time for the Internet to be a trusted platform for retail commerce. “There is no single ‘magic’ technology or technique,” explained an early government report, that will ensure computer networks “will be secure and reliable.”  To build a reliable infrastructure, the report encouraged technology companies to develop secure algorithms for such tasks as transferring money and validating sales contracts.

When adopting information technology, my grandfather’s store always put its relationship with its customers first. It was slow to adopt computer recordkeeping because computerized records would interfere with a fundamental practice in the store, a practice that was designed to give customers the feeling that they were in charge of the purchases. The store allowed customers to bargain with salespeople to suggest a lower price for a good. Stores in big cities used a fixed-price system. With this system, every good was marked with a price. If customers didn’t want to pay that price, they wouldn’t get the good. My grandfather did not like this process. Still, he appreciated its value. By bargaining, customers were more likely to feel that they had gotten a fair price, more likely to trust the store, and more likely to brag about their triumph. Bargaining gives you “loyal customers and free advertising,” my grandfather would say.

The store adopted computerized records only when they could handle negotiated transactions. It was equally slow to adopt digital communications, email and a store website. Again, it resisted technology because it wanted to maintain customer trust. Many of these customers lived in the country and didn’t have easy access to the Web or email. The store didn’t want to promote its wares in a way that some of its customers couldn’t access.

My grandfather’s store never allowed customers to purchase goods online. As many a retailer has noted, online sales are not as easy as they look. It’s far easier to build a bad online store than it is to build a good one. If customers are used to working with human salespeople and used to getting a certain kind of response from salespeople, they will dislike and distrust a website that behaves in a different way.

Indeed, much of the research on e-commerce over the past 15 years has dealt with the problems of creating good online stores. Much of this research has been in fields such as data mining, marketing psychology, search theory, algorithmic game theory that were once not considered part of computer science. At their base, these fields deal with the question of how to match buyers to sellers. In consumer retail, they consider how to identify the customer’s desires, present goods to the customer, and get the customer to make a purchase.

Recommender systems were the first results of this research. They first appeared in 1998 and 1999, shortly after e-commerce started to grow in the US. Fundamentally, these systems attempt to determine what goods customers might purchase by identifying their likes, dislikes, and prior purchases. In general, they do this placing each person into a category and then presenting goods that have been purchased by other people in the same category. “Recommender systems are rapidly becoming a crucial tool in E-commerce on the Web,” wrote one of the first research teams in 1999. Foreseeing that e-commerce would gather large amounts of data on each customer, the team predicted, “New technologies are needed that can dramatically improve the scalability of recommender systems.”

Algorithmic game theory also rose to prominence with the expansion of e-commerce. This field, derived from economic game theory, considered the outcomes that were produced in a market by fixed markets. Such algorithms were first introduced in the 1980s by large financial traders who worked on the New York Stock Exchange and other stock markets. By 2000, these algorithms were already moving into retail. “It has been argued that in the perfect electronic market, buyers and sellers will be able to contact each other in a direct, frictionless manner, thereby ‘eliminating the middleman,’” explained a 2000 paper on the subject. “However, evidence in the marketplace demonstrates that at least for some time to come, the role of intermediaries is becoming increasingly important.” As ecommerce progressed, it increasingly relied on algorithms and systems to play the role of intermediary.

Recommender systems and negotiating algorithms had little appeal to a small-town retailer who had spent multiple generations developing a customer base and building trust among the local population. For multiple generations, it had built trust by bargaining with customers, sponsoring civic events, and even offering gifts to high school graduates. However, by 2010, the store was threatened by the growing tide of e-commerce. Wanting to recover as much investment as possible, the owner decided that the time had come to close the store.

The closure of a small-town store might suggest that e-commerce has become the dominant form of retail in the world and that it’s facing few issues that will prevent its continued growth. Yet the problem of consumer trust remains. The classic models of game theory show that a market will be inefficient if the buyers don’t trust the sellers. The market will be inefficient even if the sellers are worthy of more trust than they receive. Indeed, the Chinese computing literature shows the importance of building trust for e-commerce. Research offers many ideas for trust building, such as focusing on business-to-business e-commerce, a form in which it is easier for the buyer to know about the seller.

The recent literature also promotes the benefits of doing e-commerce in conjunction with physical stores, the so-called “mouse and cement strategy.” It’s a way of “combining some operating methods of traditional business,” explains one author, in order to “meet the needs of the continuity of Chinese customers’ habits, but also fit Chinese business culture.” Such an approach would have been easily understood by small-town retailers in America, who knew that their livelihood depended on how much the customer trusted them. However, it ultimately might not be the best way for us to build in e-commerce.