Engineering in an Unengineered Environment
By David Alan Grier 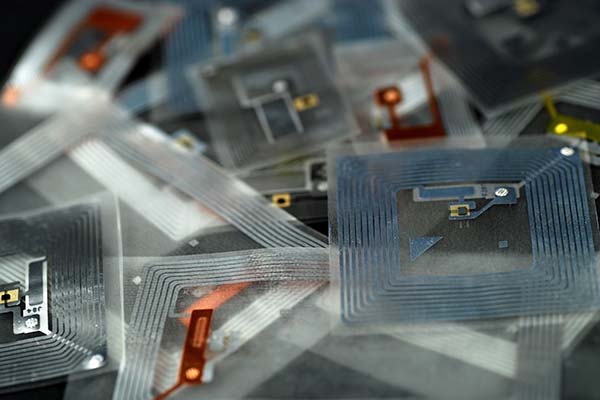 Eventually, I had to ask for directions to my meeting. I had been wandering the large, mostly empty Orlando Conference Center in search of a committee meeting. I had just arrived in town after a long flight and was unable to make sense of my directions. Most of the people in the building were getting ready for a large trade show on radio frequency identification (RFID) devices and had no idea where the governing board of the IEEE RFID initiative might be meeting.

Eventually, I caught the attention of a guard who sensed that I was out of place. He was riding an electric scooter on his systematic rounds through the giant building. He asked if I was lost, and then quickly gave me directions to the right room. Before I could thank him, he was back on his scooter and traveling to the next stop on his tour of the building. With problem solved, he was already looking to see what else he needed to address.

When I accepted the request to attend the leadership meeting for the RFID initiative, I had felt that I was the wrong person for the job. After all, I have always identified myself with computer software, not hardware and, at times, argued publicly that hardware technology doesn’t really exist but is just something that’s simulated by software. However, apparently no one more qualified than me was able to go to the meeting. Furthermore, I thought that it might be a good opportunity to get a better understanding of the technology behind the Internet of Things, and so I notified the group that I would come, bought an airplane ticket, and began to review the state of RFID technology.

It didn’t take me long to learn the fundamentals of the technology. In fact, I had learned most of the basic lessons of RFID years ago. The idea is not new. You can trace some of the ideas to the old spark gap radio receivers of the 19th century, if you want to believe that the technology has a long and distinguished pedigree.

RFID involves two devices—a reader and a tag. The reader is nothing more than a high-powered radio, while the tag is merely an antenna connected to a little bit of circuitry that includes a memory chip. The reader sends an electron magnetic signal to the tag. The tag stores a bit of the power from that signal and uses that power to return information to the reader. There are a few variations to the basic idea, including one that adds a battery to that tag to do things like encrypt the information. Beyond that, the technology is pretty simple.

My preparation took me through most of the articles on RFID in the IEEE library, though I would never claim to have read or even scanned them all. In a fairly short time, I can usually identify the key articles in a field, usually no more than about 25 or 30. Once I have found those documents, I will run through the others, checking titles and keywords to make sure that my ideas match those in the literature.

In my review, I noted that the RFID technology was first commercialized in the late 1990s and started to be widely used in around 2006 to 2007. “In recent years, radio frequency identification technology has moved from obscurity into mainstream applications,” wrote my colleague at the IEEE, Roy Want, in 2006. Roy noted many of the many of the applications that have become common for this technology. RFID could be used in security badges for employees, in warehouse systems to identify products, and in automobiles to gain access to toll roads.

Many key articles on RFID indeed came from the time period of 2006 to 2007. As I read these documents, I started to conclude that RFID technology was stable and mature and might not really need a steering committee to guide its future. It was finding plenty of commercial applications, as could be seen in the trade show that was being organized outside our meeting. In his article, Roy had noted that he believed RFID technology was not moving into the marketplace as fast as it should because of the cost of RFID tags. “RFID isn’t as cheap as traditional labeling technologies,” he wrote “but it does offer added value and is now at a critical price point that could enable its large-scale adoption for managing consumer retail goods.”

As might be expected, the cost of RFID has dropped substantially over the last decade. Many of the articles in the IEEE electronic library showed how researchers worked to make the technology less expensive, smaller, more functional, and more secure. A few of the articles identified several complex applications for RFID, including a fascinating discussion of how RFID was being deployed in transportation systems. On new airplanes, for example, manufacturers can use RFID to identify every major part on the plane; hold the history of that part; and use that history to determine how to repair, replace, or rotate a part.

However, those articles also suggested why RFID still needed a committee to think about how to develop and deploy this technology. Fundamentally, RFID is an engineering technology and, like all engineering technology, works best in an engineered environment, an environment that organizes objects in a systematic way and has formal rules for operation. Airplanes are highly engineered environments. Few things, outside of factories or other production faculties, have the same kind of structure. Without that disciplined structure, you often have no incentive to deploy a technology like RFID, as you will have to handle too many exceptions, too many things that fall outside the structure, to make the technology cost effective.

In the decade since the emergence of commercial RFID in 2006, we have seen a lot of research on the technology that addresses the problems of scale and scope. The IEEE journals contain nearly a thousand articles that show how researchers have improved RFID technology. They also show that researchers have not solved a key problem, the problem of distinguishing the signals of several RFID tags that are in the reader’s range. They have some algorithms that can address this problem, but none of them is perfect. None can handle the problem of distinguishing a collection of arbitrary of RFID tags that have not been organized in some fashion.

I was eventually able to find my RFID committee meeting. Perhaps mirroring RFID technology, it proved to be a chaotic activity in an engineered environment. The engineering came in the form of the business we were required to do. We had to hear some report, approve a budget, and choose our leadership. While we actually accomplished all of those goals, we followed a wandering path in our work. We did a few things out of order, got lost in side conversations, and disregarded procedures to talk about long-term goals. All these activities are fairly common in organizational meetings. They are the way that meetings deal with all the human failings of organizational decision making. When we deviated from formal procedures, we were usually dealing with someone who didn’t understand the discussion, was promoting a poorly formed idea, or held an unrealistic goal for the group. We were trying to make an engineered decision in an unengineered environment.