AT&T used to be into advanced graphics and image processing and many of the leading concepts that survive and underpin today’s products were created there.

Electronic Photography and Imaging Center (EPICenter), co-founded by Carl Calabria, was AT&T’s first intrapreneurial venture. AT&T EPICenter was an internal spin-off of AT&T created to market new technologies AT&T had developed for color frame buffers advanced image processing and editing systems. The Targa (Truevision Advanced Raster Graphics Adapter) add-in board (AIB) was one such classic from the AT&T EPICenter. Truevision went on to pioneer the desktop digital video editing industry with the introduction of the Targa videographics card in 1987 that would run in a PC. In that same year, NewTek announced its Amiga-based video capture board, the Video Toaster, but didn’t actually release it until 1990, so Targa truly was the first. 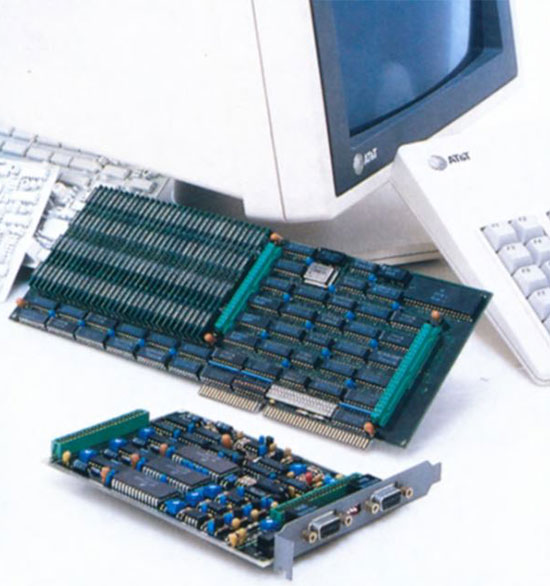 In addition to being an image processing display AIB, it was also a capture board, came with powerful image processing software — and it launched an entire industry segment that prevails still today. The TGA file format was originally defined and specified by AT&T EPICenter in 1984. What later became Truevision was the result of a leveraged employee buyout from AT&T in 1987.

Used in the TV industry and elsewhere, it was referred to as a high-end video editing and broadcasting card — the AT&T Truevision analog-to-digital video capture board.

The possibility of digitally capturing a photographic image became a reality around 1985 with the release of the AT&T Truevision Targa raster graphics image capture videoboard added inside a desktop IBM AT PC. The Targa system made it possible to digitize high-resolution, pixel-based images at 16 bit or 32768 colors by connecting to an analog video source such as a video camera or any television signal and the Targa would capture and translate the signal to a digital pixel-based image.

The company introduced the term and acronym, Video Display Adapter with Digital Enhancement (VDA/D) which came to mean a single-slot, high color-resolution graphics board that let one use a PC to work with continuous- tone images. The VDA/D could be employed to create one’s own colorful pictures from scratch or to display TV-quality electronic photographs taken with the Truevision Image Capture Board.

Each VDA/D image had its own unique set of 256 colors drawn from a palette of over 32,768 colors. And it was possible to even display as many as 1,008 colors at one time by using up to four of the VDA/D’s eight color maps simultaneously, in different areas of the screen.

VDA/D images could be displayed on composite video or analog RGB monitors. The VDA/D even worked with selected digital RGB monitors such as the IBM Color Display and the Sears Total Video System.

The heart of the Targa AIB is a dual set of LSI-codec JPG processors from LSI Logic used to decompress the video from a hard drive.

Clones began to appear around 1991 as well as boards that could do an emulation.

Specialized applications were developed that could convert a Targa image file to a PC display file, and provide editing capabilities

Videotex Systems for instance advertised their T-EGA could convert Targa images to super-VGA, VGA, EGA, CGA or Hercules screens with or without an image capture board. After converting the Targa image to the PC screen, T-EGA saves it to PC X, GIF or PIK formats.

February 1994 Truevision announced the Targa 2000. The Targa 2000 video graphics engine could capture and store to disk drive, full-frame, full-motion (every field) PAL or NTSC video, as well as CD-quality audio. The AIB output video (NTSC or PAL), while simultaneously displaying a Video-in-a-Window image on a non-interlaced desktop. It was the second Truevision product based on the company’s DVR architecture. In late 1993, the company announced True Vista Pro, a high-end, DVR-based frame buffer for EISA computers. 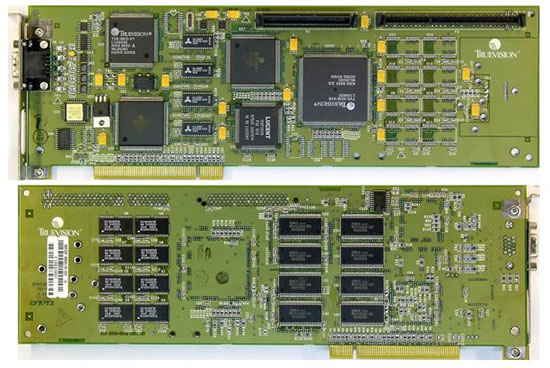 Jackie Gardner, Truevision Targa Product Manager explained, “DVR stores all forms of digital video in a single memory space; it does not involve any processing or mixing of analog video streams. Instead, DVR digitizes all analog video data in the central memory. All processing is done digitally in single frames until the data is converted back into an analog signal for display or output.”

The key features of the new board were:

The standard configuration of the video board featured 20 Mbytes of memory and up to 68 Mbytes could be added through plug-in SIMMs. The board had an SRP of $5,995 and Truevision bundled the board with a copy of Adobe’s Premiere for Windows. This looks like a great board, but we can’t figure out why they chose the EISA bus. That will limit the market for the board and there are other choices.

Meanwhile, according to an industry insider at the computer industry’s insider showcase, “Demo ‘94,” (which featured the national debut of an array of technologies from companies such as IBM, Apple and Microsoft), Truevision “stole the show.” An editor of “PC Letter” dubbed videos produced on a PC with Truevision’s Targa 2000 EISA as the “highlight of the show.”

The AIB was actually quite straight forward in concept, video in, de-compress, merge, filter, and store, and then output to display. 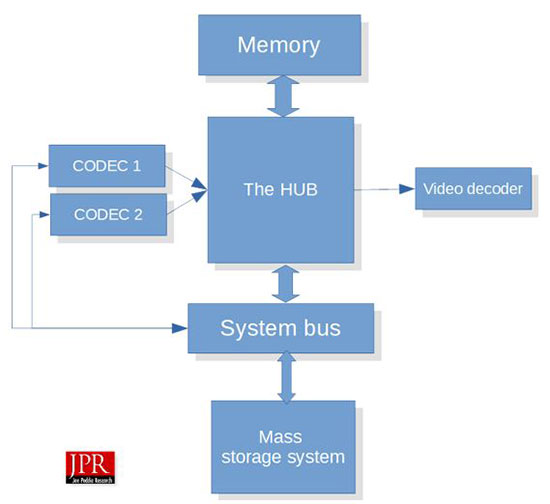 The input (shown as Mass storage in Figure 3) could be a camera also.

The HUB. The center of the AIB was AT&T’s HUB video processor. HUB was a special video processor with large-scale integration and based on the 0.25-micron technology. The developers focused on a high-speed data exchange with RAM. A 128-bit bus clocked at 100 MHz was used for that purpose. As a result, the peak bandwidth could handle 1.5 GBytes/s which allowed transferring up to 75 flows of uncompressed 4:2:2 video standard CCIR 601 in a real time mode — quite an accomplishment at the time for a PC AIB.

All internal transformations were implemented as 4:4:4:4 or 4:2:2:4 with a quantization step of 8, 10- or 16-bit for each component, which provided very high quality of the output signals. 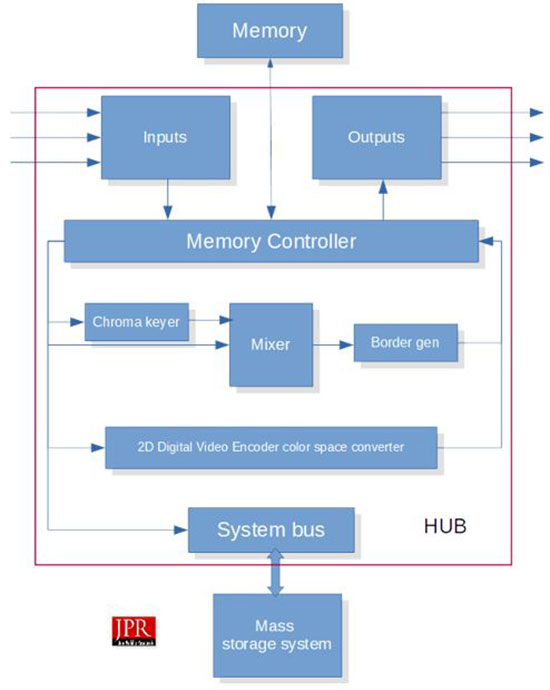 The HUB3 had two independently programmable data processing blocks which could work in parallel. Each is capable to process up to 100 Mpixel/s which 8 times exceeds needs of video reproduction in a standard resolution in NTSC or PAL. The new processor is meant for modern efficient RAM chips such as SDRAM; it provides high performance and makes possible to use inexpensive standard memory chips. The HUB3 has a flexible architecture which can be changed on a program level. For example, it is possible to program the processor so that it may process frames with 16:9 side ratio or use progressive scanning without any hardware changes.

Just before the team at AT&T did a management buyout of Truevision from AT&T, RasterOps was formed in 1986 to make a 24-bit ColorBoard, the 1024MC and monitors for the Mac. Truevision and RasterOps then merged in 1992, and Truevision became a wholly owned subsidiary of RasterOps. 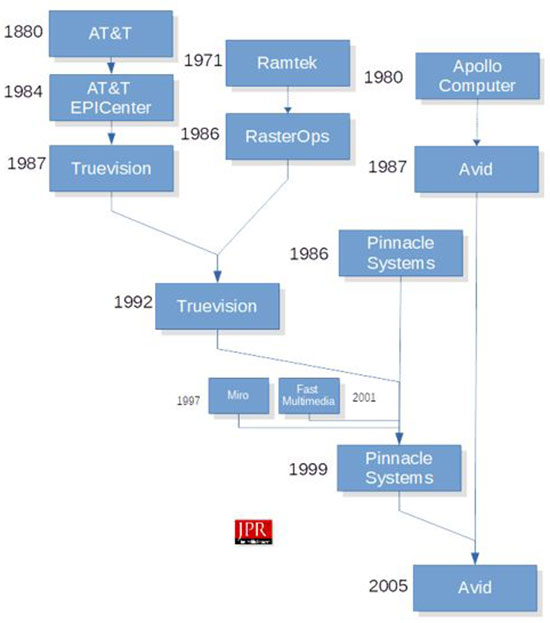 Figure 5: For over 40 years has the TGA and Truevision technology survived and evolved

What IBM did for graphics in the PC, Truevision did for video. Both firms established everlasting standards and were leaders in technology.