The Road to Management: Leading People is a Fundamental Skill
By Peggy Albright 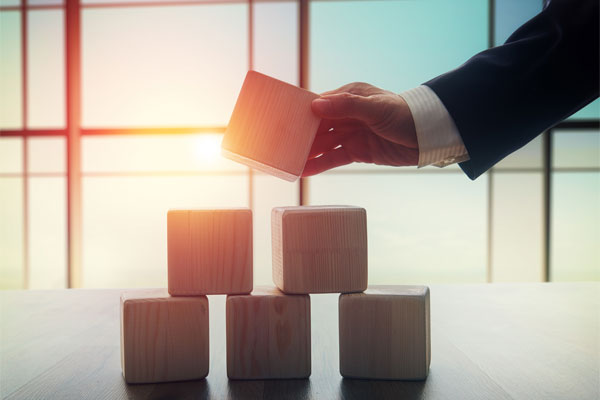 The computing field asks a lot of its practitioners. Its professionals must be diligent, naturally curious, good problem solvers, able to grapple with big concepts as well as minutiae and willing to think outside of conventional boundaries to develop new code, architectures and applications that will find value in business and society. Yet in today’s competitive and global business environment, computing professionals must add yet another fundamental skill to the mix: the ability to lead and manage people.

In fact, developing leadership and managerial skills is no longer a career option, it is becoming a requirement, says Wade Shaw, an IEEE Fellow, editor-in-chief of IEEE’s Engineering Management Review and dean and professor of engineering at Mercer University.

According to Shaw, computing professionals today can expect to supervise someone else in some capacity within three to four years of completing an undergraduate degree. Most successful computer scientists and engineers will need to augment their technology skills with management responsibilities at some point in their career.

The broadened expectations in the discipline are an outgrowth of an industry whose products are often built by project teams and whose members are often based in different parts of the world and contributing their skills from within various silos of expertise, Shaw said. With comparatively fewer advancement opportunities available for those who prefer to remain individual technology contributors in their companies, any strategy to advance one’s own value to an organization and earn better recognition and compensation must now involve management responsibility.

“The idea that someone changes their career midstream to enter management is an outdated notion,” Shaw said.

“It’s not ‘if’ I become a manager, it’s ‘when’ I become one,” he said. “That’s the starting point. It’s a key attitude difference.”

Whether a computing professional is just starting out, taking steps to advance from individual contributor status to project leader or managing multiple teams, or taking the leap from middle management to the executive ranks, the successful cultivation and use of “soft skills” is an essential part of the career advancement process.

Key among these soft skills is the ability to develop relationships with individuals and groups and to communicate effectively. Soft skills also include general business savvy, a big-picture understanding of the organization, a correct perception of one’s own role in the company and how other functions in the organization, such as finance and marketing, contribute to overall success. It includes learning how to think strategically.

“Our technical skills get us in the front door of an organization, but as we work there longer, we need soft skills,” said Dwight Jaggard, IEEE Fellow and director of the Executive Master’s in Technology Management program at the University of Pennsylvania, which is co-sponsored by Penn Engineering and The Wharton School.

James Kouzes, executive educator, author of the best-selling book, The Leadership Challenge and the dean’s executive professor of leadership at the Leavey School of Business at Santa Clara University, says that poor relationship skills is the one weakness that is “most likely” to derail a technology professional’s ambition to succeed in management. While these skills have been emphasized in other careers, such as customer service and business development, they have not been routinely taught in the computing field. These skills can be learned, but they must be practiced regularly, and on a daily basis, Kouzes said. “It is a competency that can be developed, but it does need time and attention,” he said.

His advice: It’s all about focusing. Listen to others’ points of view, learn how to resolve conflicts that leave both parties feeling that they’ve gained something, and if you need to give direction to non-technical people, learn to communicate coherently in non-technical language. And trust others to carry out their roles and responsibilities: lack of trust undermines one’s relationships and leads to managerial failure, he said.

Kouzes noted a few new observations from his most recent surveys of working professionals and executives around the world that should be of particular value to technology professionals who are in or seeking management roles. The first most important trait people want in their leaders is honesty, he said. The second most important trait is having a forward-looking vision that is shared by one’s peers and followers in an organization and an ability to communicate that vision to inspire others.

Additionally, he recommended that managers develop a competency in seeking feedback. This is one trait his respondents have indicted to be the most challenging, yet it is also vital to success because it important to be always learning. “The best leaders are the best learners,” he said. And feedback is an essential part of learning.

“If you want to go into management, you must ask for feedback. Be open to receiving it. Act on it. Take it earnestly and do something with it,” he said.

Computing professionals taking steps to move higher in corporate ranks must recognize that the demands that come with developing soft skills may require that they disengage to a certain extent from the technology roots they established when they began their careers. It’s a commitment that needs to be taken seriously.

Ronald Danielson, vice provost for information services and chief information officer and associate professor of computer engineering at Santa Clara University, has found that as an IT professional advances in an organization, including to C-level roles, he or she is expected to have the same general business skills and traits as other top executives. A lack of these skills–whether real or perceived by upper management—can keep senior IT professionals from advancing to the top levels of the corporation, he said. The challenge for IT professionals is to overcome this perceived bias.

Computing professionals who are striving to advance into management, Danielson said, must recognize that once the commitment is made, there may be no going back to their former roles.

“The difficult thing for many technical people is that you can’t really do it all,” he said. “If you’re going to spend more of your time and energy on the soft skills that senior executives need to have, you’re necessarily going to give up some of your technical competencies. And that’s very unsettling because our discipline advances so rapidly that if you give that up for a while, it is very difficult to go back in as the same level of contributor that you were before.”
(8 July 2009)