Mistakes: Don't Make a Career Out of Them
By Alaina G. Levine 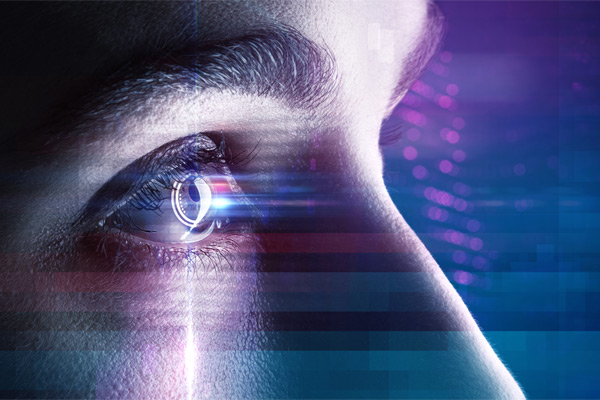 We all make mistakes. We call someone by the wrong name or title. We misspell our university on a resume. We use the incorrect word to describe an experience. I once spent an entire speech to potential donors discussing how their gift would be helpful for “prosperity” when I really meant posterity. Another time at a cocktail party in Arizona, I saw the words “The Honorable—” on someone’s name tag and blurted out, “Are you the mayor of Phoenix?” He wasn’t.

Stuff happens. The best gift you can give yourself is to not dwell on the mistakes and to learn from them now so that you don’t repeat them.

There are many levels of blunders to make—and avoid—in the career-planning process. Most mistakes are not game-changers in career advancement. In fact, with some errors you can highlight the mistake and demonstrate why you will never make it again, and this can make you an attractive ally or candidate for a position.

Entrepreneurs whose previous enterprises have fizzled face this challenge whenever they meet a new set of potential investors. They have to convince the venture capitalists why the mistakes they made running their previous companies will not happen on this investor’s dime. Being able to dissect a past failure logically and explain your steps toward improvement can go a long way toward strengthening your employability.

But some seemingly innocuous mistakes drive decision makers crazy, and can kick to the curb your prospects of a partnership or job with them. It can be potentially devastating to your advancement, if, for example, your CV and other marketing documents contain errors, or if you do not follow all of the directions in the job application.

Why are those mistakes so fatal? Decision-makers read mountains of resumés to determine whom to bring in for an interview. A seemingly tiny mistake, such as misspelling “astronomy,” makes the problem they have to solve easier. The mistake, though small, speaks volumes about your lack of attention to detail, and it gives the reader a reason not to consider you as a viable candidate.

So carefully copyedit your resumé and cover letter and have a trusted friend or colleague do so as well. And when you prepare for a job interview, research your interviewers to learn the proper pronunciation of their names. If you are unsure, ask the human resources manager who is assisting you with the logistics of your interview.

Thorough research and preparation can help you avoid common mistakes. Other slips cannot be anticipated—such as accidentally cursing during an interview. If you break a social taboo, however mild, immediately admit your faux pas, apologize, and continue the conversation. If you maintain your composure and professionalism, you will convey your ability to preserve your poise and confidence in stressful circumstances.

When I make unforeseen mistakes, I try to smooth things over with the other party in two ways: I appeal to human nature, and I try to inject a little humor into the situation.

Years ago, I read an article in which Mr. Z was quoted. I knew of his work and that of his company—in fact both had been on my radar as a potential partner and employer, but I didn’t know anyone who knew him or had worked at that firm. So I hoped to leverage his citation in the press as a way to connect with him. I started crafting a cold email to him, but, confounded by writer’s block and stuck for interesting material, I decided to defer sending it. But instead of clicking on “save,” I clicked on “send.” My email, which literally stopped in the middle of a word, was hurtling towards Mr. Z.

This was someone on whom I had wanted to make a good impression, and I had bungled it. For a few moments, with an umbrella of embarrassment and amateurishness hanging over me, I considered sneaking into a corner of cyberspace and never again exposing myself to this professional.

But then I realized—Wait! This guy is a human being! If I appeal to his humanity, that is, acknowledge the humor in making such a stupid mistake, I could possibly still salvage the situation and relationship. So I called his secretary, and in a cheerful tone punctuated by a few chuckles I stated “Hello, my name is Alaina Levine and I am a science writer. I don’t know Mr. Z but I am the person who just sent him a half-finished email by mistake and I wanted to introduce myself to him and apologize for this gaffe.”

The secretary laughed and asked me to hold on, and before I knew it Mr. Z was on the other end of the phone laughing as well. I quickly apologized and got to the point: “If I had finished my email to you (ha, ha), I would have asked for an appointment to speak with you about the possibility of working together. Would this be of interest? When would your schedule allow a 20 minute informal conversation?” Mr. Z responded positively to this action and granted me the meeting.

I hung up the phone smiling, because even though I had been careless, I recovered gracefully and professionally. I suspect that Mr. Z remembered the encounter, and even recounted it, as an example of someone who, despite messing up the initial introduction, added a little light humor to the scenario, and built the foundation for a fruitful partnership.

As for my partnership with Mr. Z, it lives on in prosperity and hopefully will continue to do so in posterity.