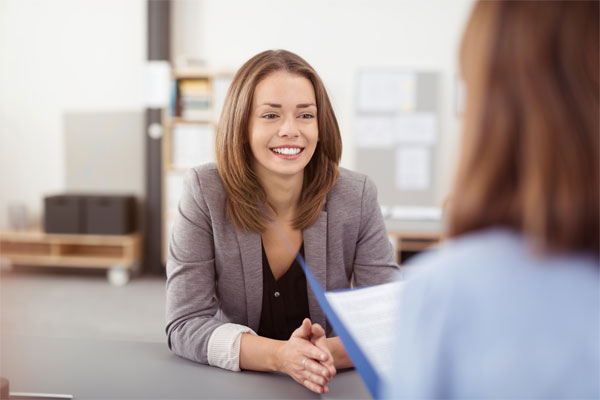 There’s no question that it’s harder to get a job these days. Just getting your résumé into the hands of a decision-maker is a major challenge, and if you’re lucky enough to pull that off, then you’ve got an interview and—if you’re good at interviewing—a round of interviews to prepare for.

Companies have fewer positions to fill and far more—and more highly qualified—candidates competing for each available opening. While you’d think that having a plethora of candidates might be beneficial for companies, having to sort through all the candidates is stressful for hiring managers.

Because most managers are struggling with limited and highly scrutinized budgets, they’re leery of making bad financial decisions, especially when it comes to personnel. They pay more attention than ever to the hiring process. And they won’t take chances on candidates who haven’t been properly vetted.

So what does that mean for a computing professional preparing for an interview? Depending on the position being filled, a candidate can expect to face at least four or five interviews—and as many as seven or eight—when competing to get hired.

While getting called back for successive interviews increases your odds of getting a job, it doesn’t promise one. The competition is so great that the difference between the successful candidate and the second-place competitor can be frustratingly narrow, reaching down to decimal points on a metric-based evaluation scale. In other words, there’s no room for error in an interview. You’ve got to be fully prepared for each interview and perform at your very best throughout.

In preparing to compete in this environment, you might start by consulting the many books and online resources offering tips for interviewing at companies like Google, Oracle, and Microsoft. Visiting online discussion rooms where candidates share their interviewing experiences is also useful. But more than that, technical job seekers today must present themselves and their work within the larger context of the hiring company’s business mission and its strategy for growing revenues and profitability.

Having a business perspective wasn’t previously part of a technical job interview. It is now, and it requires that candidates embrace a new way of preparing and conducting themselves during interviews.

Scientists and computing professionals thrive by focusing their efforts every day on making their work as perfect as possible. The need for perfection requires taking one’s focus away from the self and putting that focus entirely on the work at hand, just as an artist must channel all of his or her consciousness, during the creative process, into their work.

Yet that concentrated focus is contrary to the type of thinking one needs in order to engage successfully during a job interview, says Adele Scheele, a career strategist and recognized career-coaching pioneer. During the interview process, Scheele explains, job seekers must transcend that zone of focus and “develop a second head on their shoulders” that brings out people skills and business acumen that will get them the job.

“Little does anyone know, even for an artist, that it isn’t the work that counts anyway,” she advises. As she explains it, artists must promote their work if they want it to find their target audience. The task requires finding galleries, marketing, negotiating contracts, and a whole host of other business processes and details that aren’t part of the artist’s preferred way of functioning.

“They must get their work out there, and to get it out there is another career,” she says. “The same can be said for this highly technological area.”

Technology professionals, for example, may loathe describing their work in commercial terms, but it’s necessary these days.

“Especially in this economy, you always want to be thinking quantitatively about your experience and how your experience in your previous position will assist the company,” says Casey Manning, IT recruiter for MTM Technologies.

That means thinking of yourself as an asset the company is investing in and illustrating to them how they can expect to get a return on their investment in you, either by saving money or generating revenues as a result of your work.

Scheele also advocates this approach. Even if you believe your work doesn’t require self-promotion and that the value of the work you perform is self-evident, you can’t assume the hiring company will recognize it. “You have to tell them,” Scheele says, even if it is not in your nature to view your value this way.

This business awareness must extend to your understanding of the company you’re applying to. Both Scheele and Manning insist that it is absolutely necessary today to research the company you’re meeting with prior to your interview.

“Companies are putting more emphasis on candidates that research the company before coming in for the interview,” Manning says. Companies are more impressed by candidates who demonstrate a familiarity with the company in addition qualifying on a skills and interpersonal level, and those who demonstrate that kind of understanding tend to perform much better (and get hired more often) than those that don’t do this business research, he said.

Unless the company is a startup in stealth mode, information about its overall mission, business strategy, products and services can easily be found in public and online documents. If the company is publicly traded, Manning recommends studying the company’s latest quarterly reports filed to the Securities and Exchange Commission. The reports are usually available on the company’s web site or via the SEC, and despite the pages of financial data presented, typically include substantial narrative descriptions of the company’s products, product strategies, competitive threats and weaknesses.

Armed with this knowledge, a smart candidate will be able to discuss their work, particular skills and the job under consideration fit within this larger corporate context. Not only will it make a difference in the interview, it will make the interview itself more interesting for you. CW (19 July, 2010)