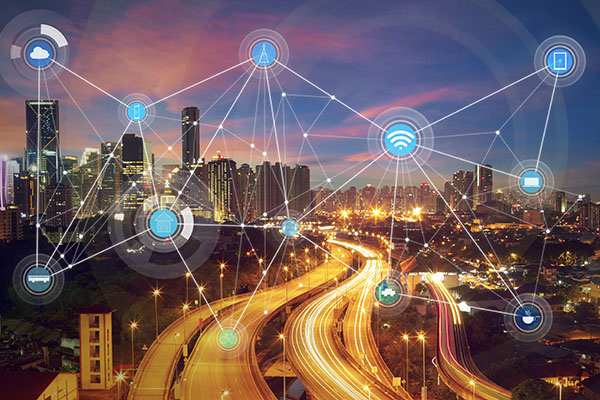 For this ComputingEdge issue, we asked Jaroslaw Domaszewicz, an assistant professor in Warsaw University of Technology’s (WUT’s) Faculty of Electronics and Information Technology and its Institute of Telecommunications, about career opportunities related to the Internet of Things (IoT). Domaszewicz’s research interests include the IoT, pervasive computing, middleware, and the interaction between people and smart objects, and he has led WUT’s team in a number of European Union projects in these areas. He is knowledgeable about pervasive-computing careers, especially those involving the IoT.

ComputingEdge: What careers in pervasive computing, as it relates to the IoT, will see the most growth during the next several years, and why?

Domaszewicz: In my opinion, the greatest career growth in pervasive computing and the IoT will occur in two areas: semantics and user interaction.

Interoperability between independently developed and deployed things and applications is a key prerequisite to realizing the IoT’s vision. Currently, many sense-and-react applications are hardwired by the programmer to use specific sensing and actuating resources. The IoT’s vision, on the other hand, is that applications should be able to discover new things, sensors, actuators, and data at runtime, and take advantage of them afterward. Semantic models and machine-interpretable semantic descriptions are what make such interoperability possible. Currently, there are a number of initiatives to develop semantic models for the IoT. I believe there will be a need for professionals who are knowledgeable in both fundamental semantic technologies and the dynamic landscape of IoT resource-description standardization efforts.

Meanwhile, as the IoT pervades human environments, users will be able to interact with more and more services. Today’s typical user already engages with many smartphone and tablet applications. There are concerns, though, that the growing amount of human–machine interaction might distract users and harm their productivity and well-being. Thus, IoT-enabled services and smart objects must be designed so that user interaction is intuitive and nonintrusive. Most likely, there will be a growing need for professionals who are knowledgeable in the related fields of user-centered design, user-experience design, and usability evaluation.

ComputingEdge’s Lori Cameron interviewed Domaszewicz for this article. Contact her at l.cameron@computer.org if you would like to contribute to a future ComputingEdge article on computing careers. Contact Domaszewicz at domaszew@tele.pw.edu.pl.