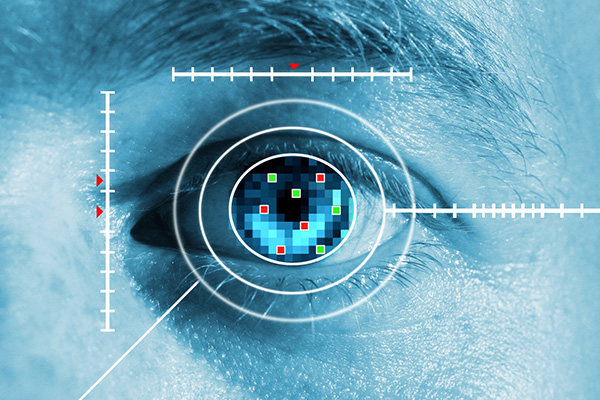 Technologies change and advance rapidly. As a result, important new technologies emerge regularly. Finding jobs in emerging fields is the focus of this month’s careers article, which features interviews with three key Hewlett Packard Labs employees. R. Stanley Williams leads the Foundational Technologies Group, which creates the mathematical and physical foundations for technologies that will be used in new information ecosystems. Sharad Singhal is a distinguished scientist with research interests in speech and video processing, middleware, and large-scale distributed computing. Kirk Bresniker is chief architect of systems research, where he guides research and advanced development of novel hardware and software system designs. They co-authored the article “Adapting to Thrive in a New Economy of Memory Abundance,” which appeared in Computer’s December 2015 issue.

ComputingEdge: What careers in the newest emerging technologies will see the most growth in the next several years?

Williams: In information technology, I see neuromorphic computing as offering the biggest opportunity for growth the next decade or two. Adapting concepts from the brain for computation will be the key enabler for robotics, the Internet of Things, autonomous vehicles, search, and learning.

Singhal: Technology is evolving at an ever-increasing pace, with the most recent advances in the areas of autonomous systems, such as self-driving cars, drones, and the Internet of Things. The combination of machine learning and the analytics of very large data sets with real-time control will provide many new opportunities in the next several years.

Bresniker: We are moving toward a future in which we create information systems capable of not just providing us hindsight (what has been happening) but also of giving us insight (what is happening right now) and eventually foresight (what is most likely to happen).

Key technology trends here include the creation of intelligent, distributed systems—such as those that will be part of the Internet of Things—that can house large amounts of information outside of traditional datacenters.

ComputingEdge: What would you tell college students to give them an advantage over the competition?

Williams: First, love to learn and learn how to learn. All technology fields are advancing exponentially, so whatever you know now will be obsolete in a decade. Build a foundation of basics, especially math, but be both willing and eager to learn new things. If that doesn’t appeal to you, technology is the wrong place to be. Second, the most important skill for any technologist is communication. It doesn’t matter how good your work is if you can’t describe it to others in terms they can understand. Take an English composition course or other writing course. Get involved in an activity that will help you with spoken communication in English, such as debate, drama, or journalism. And learn how to listen. Communications skills will be more important to your career in the long run than anything you will learn in any single science or engineering course.

Singhal: It’s unlikely that you’ll continue to do what you learn in college over your entire career. Indeed, technology careers involve a lifetime of learning and developing and demonstrating the ability to adapt to new information and tackle new problems.

Bresniker: There’s much to learn that will not appear in your engineering or science curriculum. There’s the legal stuff, such as what it’s like to sit in a deposition across the table from an (intellectual property) litigator or how to read the unfamiliar language of a patent application to make sure your ideas are still in there. There are also the soft skills. How do you communicate when you’re trying to get nontechnical people to understand something that only you know, something that even your fellow technologists don’t understand yet? While you’re in school, take advantage of the fact that you’re on the same campus as people who are as passionate about arts, communication, law, and commerce as you are about technology. If there are cross-disciplinary or entrepreneurial programs available, take advantage of them. If there are internship programs, join them to get practical technical experience. But once you’re in, ask about the bigger picture.

ComputingEdge: What advice would you give people changing careers midstream?

Williams: If you find you’re not having fun at what you’re doing, it’s time for a change. You can only be really good at something if you enjoy it, and if you’re not really good at what you’re doing, your career will spiral downward fast. A major career change can jumpstart your outlook on life and provide excitement as you adapt to a new environment, even if it means a significant decrease in salary. Value the accumulation of experiences rather than money.

Singhal: By mid-career, most of us tend to settle down into a routine in our careers, where we’re perceived as experts in a field, have a reasonably well-developed network, and can do our jobs effectively. However, if a job becomes just a job and is no longer fun, it’s time to consider something different. Moving to a different field doesn’t mean giving up on previous experience. Mid-career hires can bring valuable perspectives to a new job. However, while changing careers can be rejuvenating, it also requires accepting that you will be starting fresh and will make mistakes.

Bresniker: I’ve been at [Hewlett-Packard] for close to 27 years, so I may not the best one to answer that question. However, I have had many roles there. My best advice is to own your own career trajectory. There will always be a tension between you progressing in your arc and being a key contributor at your current level. Your manager loves you right where you are because you’re helping her achieve her goals and she can count on you. But if you’re ready to move up, then you need to speak up and take steps to move forward.

ComputingEdge: What do you consider to be the best strategies for professional networking?

Williams: Be a good listener. In discussions with people, respect their ideas even if you don’t agree with them. If you can accept someone else’s idea and give it back a little improved, you will have won an ally. If you’re really good at what you do, people will come to you in droves. There will be no need to spend time with conventional networking. Seek out one or two mentors and repay their time spent with you by building their legacy. Then be a good mentor to a few select people who are able to benefit from what you offer. They will be your legacy.

Singhal: Professional networking is more than just accepting invites to LinkedIn or keeping up with people who can advance your career. It’s about developing a group of peers you can reach out to but, more importantly, who are comfortable reaching out to you for technical or professional conversations. One of the best strategies I’ve found for networking is taking the time to help others either through mentoring or simply listening and answering a few questions or providing opinions when needed.

Bresniker: Don’t stop at the traditional angles. Join IEEE, work your university alumni pool, use LinkedIn, but don’t stop there. If you can code, find an open source project that is interesting to you and contribute. If you can’t code, you can contribute to testing, documentation, localization, or marketing. Open source rewards the investment of sweat equity, it’s more diverse and global than almost any other technical community, and it’ll teach you to collaborate. It can be a bit intimidating. There are big ideas and big egos in the open source community, but that’s part of the energy and passion that brings people together.

ComputingEdge: What should applicants keep in mind when applying for emerging technology jobs?

Williams: The people interviewing you will probably know a lot more than you do about an emerging field, no matter how good your background is, so be humble. Demonstrate a strong interest in the field and a willingness to learn.

Singhal: Emerging technology jobs are, by nature, concerned with unproven ideas and directions. The job is likely to be exciting but also might lack structure and well-defined tasks. It will require flexibility and the ability to switch to a new way of thinking or of moving from one problem to the next. An attitude that anticipates and thrives on change will help, as will being receptive to ideas from other disciplines.

Bresniker: Emerging technology is unproven, so you’re taking a risk. You’re investing part of your career trajectory in something uncertain. There is more potential upside, but there is also going to be less structure, fewer rules, and more independence. That can be enervating or unsettling. You need to know your own personality and comfort around uncertainty. You might well be working on small teams, which offer a unique opportunity to cross-train in various roles. I had that experience when I was the only electrical engineer on a small tiger team charged with creating one of the first low-cost UNIX server designs. That provided me with the breadth of knowledge to later take on chief technologist roles.

ComputingEdge’s Lori Cameron interviewed Williams, Singhal, and Bresniker for this article. Contact her at l.cameron@computer.org if you would like to contribute to a future ComputingEdge article on computing careers. Contact Williams at stan.williams@hpe.com, Singhal atsharad.singhal@hpe.com, and Bresniker at kirk.bresniker@hpe.com.