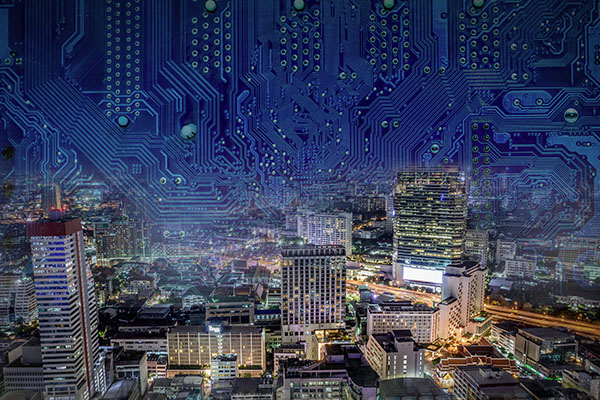 For this ComputingEdge issue, we focus on emerging technologies as they relate to an increasing popular career transition for computing professionals—the shift from industry to academia. Prior to obtaining a full professorship in information systems at California State University Fullerton, Sorel Reisman held senior management positions at IBM, Toshiba, and EMI in the US and Canada. He served as 2011 IEEE Computer Society president and is currently a member of both the IEEE Publications Services and Products Board, as well as the IEEE Education Activities Board.

ComputingEdge: You spent considerable time in industry working for multinational companies, starting as an engineer and rising to vice president of development. Why did you leave for academia?

Reisman: When I finished graduate school, I fully intended to pursue an academic career. But academic positions were in short supply at the time, so I looked for a job in industry. And once there, I got caught up in the dynamic of raises and promotions. However, work in industry proved unstable, and unsuccessful company campaigns and projects encouraged me to change jobs several times.

Eventually, a friend who was a physics professor told me about a tenure-track position in Cal State Fullerton’s business school. Having had enough of the insecurity of everything related to the computer industry, I applied for and was hired as an associate professor. Seven years later, they university gave me tenure and promoted me to full professor.

ComputingEdge: What are the opportunities in academia for pursuing an interest in emerging technologies?

Reisman: An academic can pursue an interest in emerging technologies in three areas, which align with the three criteria used to assess a professor’s work performance: research, teaching, and service.

When I entered academia, I didn’t have a specific research agenda. However, I’d been involved with multimedia computing in industry, and it seemed reasonable to work in that area again as a professor. How much real research you can do in emerging technologies depends on the funding available for that kind of work. In industry, companies typically fund their own projects. In academia, on the other hand, external grants typically fund research. Your success in obtaining a grant determines your ability to pursue your interest in emerging technologies.

In terms of instruction, undergraduate courses are limited in opportunities to teach emerging technologies, but there’s more freedom to do this with graduate level courses. At the undergraduate level, accredited academic departments must adhere to a prescribed set of topics to provide students with foundational knowledge. You can introduced newer, advanced topics in some courses, but you don’t have time to deal with them in depth.

You can do as I did and propose optional courses related to an emerging technology, but there might not be enough interested students to justify the university offering the class. I created a course called “personal computer systems and architectures” that became very popular, just as PCs were being widely adopted. I also designed and a class on e-commerce systems—which was just starting to become an emerging topic of interest—that was popular with graduate students.

Service means volunteer personal or professional community work. I chose to invest my service time with the IEEE Computer Society, which has paid off immeasurably. I’ve learned about many new technologies, and my involvement with the IEEE and Computer Society digital libraries has enabled me to bring new ideas and concepts to the work I do it at the university.

ComputingEdge: Can you describe one or two major differences between working in industry versus working in an academic environment

Reisman: The environments are completely different. For example, they don’t work with the same decision-making time frames. Industry tends to make decisions and act on them much more quickly than academia.

Also, in industry, you usually work on common objectives as a team with others. As a professor, you typically don’t work in teams, and your objectives may be completely different from those of your colleagues.

ComputingEdge: Are you glad to have moved from industry to academia?

Reisman: Absolutely! Probably the best thing about academia is the freedom to pursue your own interests, whether personal or professional. Also, unlike industry, whose projects go on for a long time, academic work is divided into shorter segments: semesters. If you’re teaching a class you don’t like, it ends with the semester. And you can change courses over time to make the experience better. In addition, breaks between semesters and school years enable you to recharge your batteries.

ComputingEdge: What important advice would you give colleagues considering moving from industry to academia?

Reisman: Don’t assume that because you held senior management positions in industry that your academic colleagues will value your industry accomplishments. The kinds of skills that helped you achieve those positions are mostly irrelevant in academia, unless you take an administrative job.

ComputingEdge’s Lori Cameron interviewed Reisman for this article. Contact her at l.cameron@computer.org if you would like to contribute to a future ComputingEdge article on computing careers. Contact Reisman at sreisman@computer.org.