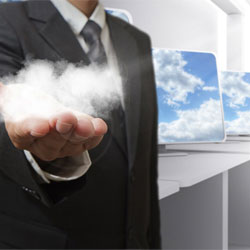 ComputingEdge: What types of tech advances in the field of cloud computing will see the most growth in the next several years?

Swift: Beyond the move to the cloud that really started with Amazon Web Services,  I think the move to server-less computing, such as Amazon Lambda Functions, Microsoft’s Azure Functions, and Google’s Cloud Functions represent a new way to design applications to scale seamlessly and quickly meet varied workload demands.

Second, there has been interest in the notion of “cloud native” applications: a lot of code running in the cloud started off running on dedicated servers and their designs still reflect that origin, such as assuming a fixed size pool of resources. Apache Spark is like this — you start a cluster with a set of workers. In the cloud, you can quickly start or stop any number of workers, so it makes sense instead to figure out what the ideal number of workers for a given task is, and use that many.

Swift: I would encourage students to get some experience with cloud computing — start writing applications that run in the cloud, take advantage of the huge variety of services out there. Start using the cloud for programming projects rather than running them on your laptop so you gain familiarity with the programming model.

Swift: I see graduates overly focus on their first job and exactly what they will work on. In my experience, the people they work with can be as important if not more important than the specific technology. Furthermore, the computing field is so fast-moving, and talented people are in high demand so that if a graduate really does make a bad choice, it is not that hard to recover by finding a new job.