Careers in the Internet of Things: Advice from an Expert 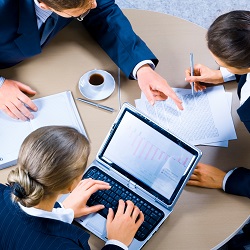 For this career article, we interviewed Bruce West, Chief Scientist Mathematics for the Army Research Office, University of Rochester. He is a senior research scientist interested in the nonlinear interactions among entities of all kinds and the types of emergent properties resulting from these interactions. West served previously as professor and chair of the physics department at the University of North Texas and director of research for the La Jolla Institute. He co-authored “The Internet of Battle Things” in the June 2017 issue of Computer magazine. We asked West about careers related to the Internet of Things.

ComputingEdge: What types of tech advances in the field of IoT will see the most growth in the next several years?

West: As my colleagues and I pointed out in a recent article, the rapid emergence of the Internet of Things (IoT) is driven by two relentless trends in technology: machine intelligence and networked communications. Both contribute to an ever increasing amount of available data concerning individuals, groups, businesses, and society as a whole. The security of these data, whether it is personal information, whose protection is necessary to avoid the loss of individual wealth through identity theft; intellectual property, whose security is necessary to maintain financial stability within and between countries; or the vulnerability of political activity, is made necessary to keep the IoT open, safe and user-friendly.

The growing need for such a variety of security measures necessitates the development of cybersecurity on the Internet of Things (IoT). However, the extraordinarily large scale of cybersecurity required for the IoT entails the development of new theoretical concepts, models and technical approaches, including device authentication, data processing new computer architecture for distributed operation and robust data processing schemes.

West: Do not narrowly confine your studies. Too often when we think about and discuss the IoT, we focus on the Internet, since it is new and exciting, and computers are the major area of interest. Much less time is spent thinking about how the things being interconnected are changed and modified by the networking. But it is how things are changed by the networking that has the largest impact on individuals and the functioning of society as a whole. We can collect the things into functionality groups, such as, cars, trains, and planes into transportation networks; email, Twitter, and Facebook into media networks; credit unions, banks, and stock markets into financial networks; and so on. From this perspective a student can assess how the functionality of a given group is being modified by connectedness and how to leverage that change to their advantage.

Consider financial transactions in the 1800s.  When a decision was made about the price of cotton in England, typically after many days of discussion at the club, that decision would, months later, reach and impact the cotton market in New Orleans. Today the repercussions of such decisions are experienced immediately. But it is not just that the time interval between decision and response has been so dramatically shortened; what constitutes financial considerations are also surprisingly different. If one intends to choose a career involving finance and the IoT, the parallel course work would be very different from one who thinks that the way transportation is influenced by the IoT is where they want to make their mark.

In short, the IoT always introduces changes into the functionality of the things being connected, whether it is by merchandising over the Internet or enhancing scientific collaboration. A student who is able to explain to a skeptical potential employer how the IoT can be used to make the transportation thing go faster, last longer, move more people at less cost, and so on, because of its enhanced connectivity, will have a distinct advantage over a potential competitor who might be more technically skilled, but who lacks such anticipatory vision.

ComputingEdge: If a graduate must begin work as an intern, freelancer, or independent contractor in the field of IoT what are some tips for building a strong portfolio for presentation in possible future interviews?

West: I return to my answer to the previous question and extend it. What a future employer would find compelling is not only an individual’s technical knowledge of the IoT; they would expect that, but what would certainly get their attention is evidence that the intern has investigated how the connectedness of the IoT influences their thing. Particularly, if these investigations lead to suggestions for new methods of design, innovative ways to market and distribute, as well as, how to extend the customer base and so on. Compile an evidence-based portfolio, based on your own investigations, with exemplars of your unique vision of how the IoT can both incrementally improve what the potential employer wants to do with minimum risk or revolutionize the present approach by capitalizing on the strengths of the IoT while minimizing the risk incurred to achieve those goals.

West: Do not promise more than you can deliver and definitely do not offer a solution before you understand the nature and extent of the problem being addressed. A new graduate very often wants to display how well they have mastered their technical studies. A display of academic achievements can be a critical mistake when the graduate does not know the complexity of the problem being addressed by the prospective employer. Very often such an employer will have a particular problem area in mind; one which other bright and willing new graduates have failed in the application of standard methods. What is being sought could well be an individual who is prepared to step beyond what has been acceptable in the past. A display of thinking ability is often rewarded more than a presentation of scholarly achievement, even if the suggestions turn out to be unusable. Do not brag—provide evidence that you can think, and have thought about the things of interest to the employer.

ComputingEdge: Do you have any learning experiences you could share that could benefit those just starting out in their careers?

West: My experience has been that I learned very little from my successes, but failure opened doors to unbounded learning opportunities. The first professional talk I gave was in 1969 at the American Physical Society meeting in Washington DC. As I slid my first transparency onto the overhead projector, to begin my ten minute talk, the bulb failed and the front wall, where the energy level diagrams from my thesis should have been displayed, remained a dark gray. In the few seconds it took for what had happened to register, I decided I was too excited to sit down and continued with my talk, without the viewgraphs. I asked the moderator of the session to please find a replacement bulb and began:” If you could see what was on the transparency…”

I had completed my prepared remarks, with the appropriate descriptions of what could not be seen, and was beginning to further embellish them when the new bulb arrived and was installed. The moderator then suggested that in the interest of fairness I should give my talk again, but this time with the viewgraphs. So my first ten minute talk lasted approximately one half hour.

From this first experience I learned a profound lesson, one that has been frequently reinforced over the years: talks to which people actually come and listen are not given by speakers who necessarily tell them something new, but more importantly by those who tell them what is exciting and interesting. Excitement is contagious and attractive. It is surprisingly easy to give an interesting talk, or to write an interesting paper, on a subject which interests you and that excites you. It is extremely difficult to speak or write interestingly about things that do not interest you; so share your interests and excitement with everyone. I guarantee you will be remembered and sought after.

ComputingEdge’s Lori Cameron interviewed West for this article. Contact her at l.cameron@computer.org if you would like to contribute to a future article on computing careers. Contact West at bruce.j.west.civ@mail.mil.

ComputingEdge’s Lori Cameron interviewed West for this article. Contact her at l.cameron@computer.org if you would like to contribute to a future article on computing careers. Contact West at bruce.j.west.civ@mail.mil.