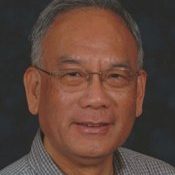 Willis K. King received the Dipl-Ing degree from the Technische Hochschule Darmstadt, Germany (1963), and a Ph.D. from the University of Pennsylvania (1969), both in Electrical Engineering.

An active volunteer in accreditation activities since the early 1980s, King participated in the establishment of an accreditation program for computer science and the formation of the CSAB. From 1985 to 1991 he served as a founding member of the executive committee of the Computing Sciences Accreditation Commission, including as its chair in 1991. He was a member of the CSAB board from 1991-1997 and its president from 1993 to 1995. He received several distinguished services awards from CSAB and CSAC and was elected a Fellow of CSAB.