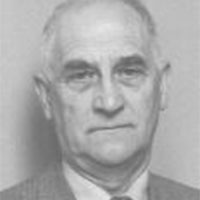 I was born on the 2nd of December, 1926 in The Hague, The Netherlands. During the German occupation I took my final examination at the Secondary school (this is now called an Atheneum) in 1944. Universities and other higher school were all closed during that very difficult period of the war. There was no light, no electricity, no gas, no public transport and hardly any food.

Formally I was registered at an intermediate level Technical College, but in reality one could not venture out in the streets, risking to be caught for forced labour in Germany. During this period I designed my first computer. Computers always had had my interest and I had at that time combed every library in the vicinity for literature on computers, i.e. mechanical desk calculators, integrators, slide rules, mechanical carry propagation systems. I was aware of the work of Torres Quevedo and of the binary system. Otherwise nothing was known to me of American, British or even German work. Drawings of this first computer I have provided separately to this curriculum. This machine used telephone stepping switches which could step both ways. That would have been possible in principle but they were not available in practice. Let it suffice to say, that in this machine 3 levels of “subroutines” could be distinguished. For a sine function the “main” program was on one rotary switch, the operations such as multiplication were “micro programmed” on a second level and the additions were on the bottom level.

During the winter of 1944/45 there was plenty of time to study mathematics originally meant of some intermediate level teaching degree, but used to advantage when I entered Delft University of Technology (Technische Hogeschool, Delft), so to say the MIT of the The Netherlands. I enrolled in the study of physics. In 1947, D.R. Hartree gave a few lectures on his experience with the ENIAC and I grabbed the opportunity to get acquainted with Van Wijngaarden and Van der Corput who were at the just founded Mathematical Centre in Amsterdam.

N.G. de Bruyn offered me a position of research assistant. At that time I had already developed the plans for a relay computer. With this design I entered a prize contest of the University and got a honourable mention for it. This design was reworked and a realistic plan was completed in 1949. The control part was working when I took my degree of Physics Engineering in February, 1950 under A.C.S. van Heel. The machine was completed by several other students after this design and started work in 1952.

Its main purpose was ray tracing for the design of lens systems. Few working registers were needed and most of the programming was on stepping switches. Nevertheless, it was a true Von Neumann machine. Instructions could be executed from the live registers (the RAM we would say now) as well as from the dead registers (plugboard, the ROM) and the stepping switches. It kept working from 1952 until 1964. Although it was slow, it was very reliable and could beat a human calculator, working 8 hours of day time in 16 hours overnight, unattended. Representative speeds were: Addition 30 sec, multiplication 45 sec, division, square root and square root of (1 – x square) in 45 sec. This built-in operation (!) was handy for converting sine in cosines. Its very slowness gave it the name: Testudo, the latin for tortoise.

Influential in my further education has been the participation in one of the first extra mural courses on computers in Cambridge, England under the direction of M.V. Wilkes in 1950, with EDSAC 1 as the “hands-on” machine. 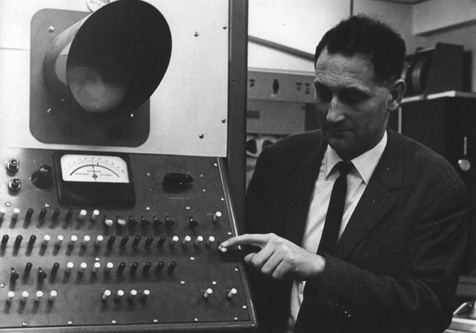 After taking my engineering degree I was asked to come and work with the Central Laboratory of the Dutch Postal & Telecommunications services. Kosten was there and under his direction the development of the first Dutch electronic computer, the PTERA was started. This was a vacuum tube machine with a magnetic drum as main memory. The input and output was the usual teletype 5 hole paper tape. This machine was put to work in 1953 and has worked until 1958 when the next machine came in.

During the construction of the PTERA the ideas for the next machine were brooded upon and a prototype machine was temporarily built from the components of the PTERA. The registers were there, the magnetic drum worked and these parts were put together to form a machine, afterwards called ZERO. It has been extensively described in. This machine had the basic ideas of the later ZEBRA, i.e. the functional bit coding schema, something we would now call horizontal micro coding. I still regard the design of ZERO the most elegant one. Nowadays it could be called a RISC design.

In 1956, I got the degree of Doctor of Mathematics and Physics on a thesis called “The Logical Principles of Some Simple Computers” from the University of Amsterdam. Promotor was A. van Wijngaarden, at that time the only professor of computer science in the Netherlands.

The ZEBRA (Zeer Eenvoudige Binaire Reken Automaat, or Very Simple Binary Reckoning Automat) described in the thesis was made under contract by Standard Telephones and Cables Ltd. in Britain. About 55 copies of the machine were made, which were sold around the world. 9 of them were in the Netherlands. The universities of Groningen, Utrecht and Delft had the ZEBRA as their first machine of the newly erected university computation centres. The last one left service about 4 years ago in England. A rather complete description of its code can be found in. I succeeded Kosten as Chief Engineer and head of the Mathematical Department of the Dr. Neher Laboratory (formerly the Central Laboratory) after his nomination in Delft.

Mention should be made of my close collaborator Dr. Gerrit van der Mey. Van der Mey was a deaf and blind mathematician. The work of programming for automatic computers was excellently suited for him. There was very little literature at that time and all software had to be developed from scratch. Van der Mey has worked with me from 1951 to 1979 when he was pensioned and he has done wonderful things. Great parts of the “simple code” and the operating system for PTERA and ZEBRA were made by him. Later he made the design of an ALGOL compiler and a LISP system for ZEBRA. For later machines he worked with me on IPL V, LISP, SNOBOL3 and ALGOL 68 compilers.

For communicating with Van der Mey several special machines were built. Among them was a mechanical typewriter keyboard to braille translator, a braille telephone and a braille telex. With this last machine we kept contact over an ordinary teletype connection. For the construction and design of these machine Dr. H. Mol and I received the Visser-Neerlandia Prize in 1960.

In 1962 I was nominated on an extra-ordinary chair in the theory and construction of computers in the University of Technology, my Alma Mater in Delft. In 1967 I left the Dr. Neher Laboratory for an ordinary chair in Delft. Of course I took Van der Mey with me to Delft.

The year 1962 was also the beginning of the Working Group 2.1 on ALGOL of IFIP. From 1962 to 1969 I served this Working Group as chairman and from then on as a member.

The last “machine” I designed was a hypothetical one. In the course of giving lectures on programming and architecture of machines we needed an ideal machine, more systematic and regular than any machine on the market at that time. Furthermore, if one takes a particular machine as the basis for lecturing on the structure of instruction codes one would be biased towards a particular manufacturer. As a result of this the machine SERA 69 was described in a defining report. Its whole operation was formally given in the form of a program written in its own assembler code. The machine was designed in a committee. I chaired the committee and edited the final report.

In June 1971, I was appointed member of the Koninklijke Nederlandse Akademie van Wetenschappen (Royal Academy of Sciences). In July 1971, I was conferred the honorary degree of Doctor of Technology from the University of Bradford, England.

In the winter of 1964–1965, I spent a short sabbatical at Stanford University. In 1975 I have been working several month at the Watson Laboratory of IBM, Yorktown Heights, and in 1977 I again spent a prolonged period at the University of Tokyo, Japan, where I have returned every three years ever since.

In the last 10 years of teaching at the University of Technology in Delft my field of interest has shifted considerably from hardware to software. The theory of programming languages and their implementation, especially systems implementation languages and portability are my main interest. I have been instrumental in the foundation of IFIP WG2.4 on Systems Implementation Languages and I was the editor of the first working conference. Sidelines of my interests are number theory and theory of computation. The most important publication of this period is on combinators and lambda calculus.

In the personal field I have two hobbies. The first is collecting and designing mechanical puzzles, interlocking wooden bars etc. The other hobby is music. I have played the piano since I was 5 years old and I still do. Later in life I took up the flute and the bassoon. For more than 18 years I have been playing the bassoon in the students symphony orchestra. Since my retirement I have changed to another smaller ensemble, still with the bassoon.

I retired from a full professorship somewhat earlier than usual in May 1988 and I gave my valediction in October, 1988. Fortunately I was able to serve another 2 years on a part-time chair on the Theoretical Aspects of Programming Languages. Since May 1991 I am fully retired. At the occasion of my retirement I was promoted to the order of “Ridder in de orde van de Nederlandse Leeuw” (Knight in the order of the Netherlands Lion).