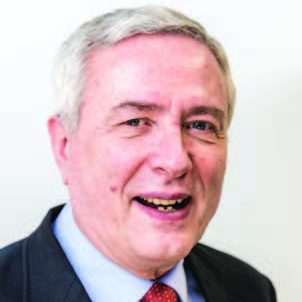 Vladimir Getov is a professor of distributed and high-performance computing, research group leader, and postgraduate program director at the University of Westminster, UK. His career spans both industrial research and academia. After completing his PhD, Getov was project manager of an IBM PC/XT-compatible computer (1984) before moving to England in 1989. He has an extensive track record of international collaboration and achievements, such as founding contributions to the PARKBENCH Committee, the Java Grande Forum, and the Open Grid Forum. He is a Senior Member of IEEE and ACM, a BCS Fellow, and was Governor-Elect of ICCC (2004–2007).

Getov is recognized by his peers for his commitment to service, leadership skills, and dedication to research and related professional activities. He has received a number of awards, such as Honorary Professor (TU-Sofia, Bulgaria, 2012), IBM Faculty Award (2010), Bulgarian “Pythagoras” Science Award (2009), and Outstanding Executive Committee Contribution Award (EU CoreGRID, 2008). Getov has been an active IEEE CS volunteer for more than 15 years, recently as Computer’s area editor for high-performance computing (since 2008), Standing Committee member COMPSAC, co-chair of Ad-Hoc Committee “Evolution of the Publication Space,” program chair COMPSAC (2009) and JVA (2006), and program vice-chair CCGrid (2014).

2016-2018 Board of Governors
Learn more about volunteering