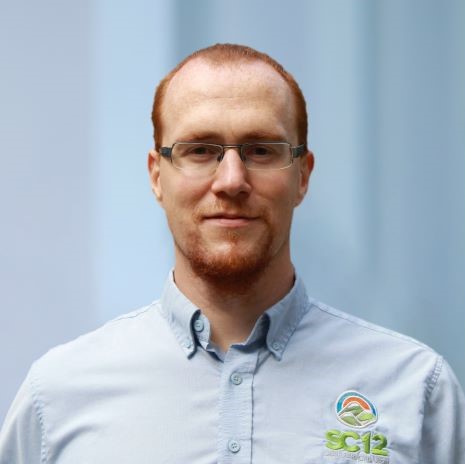 Torsten Hoefler is a Professor of Computer Science at ETH Zurich, a member of Academia Europaea, and a Fellow of the IEEE. Following a “Performance as a Science” vision, he combines mathematical models of architectures and applications to design optimized computing systems. Before joining ETH Zurich, he led the performance modeling and simulation efforts for the first sustained Petascale supercomputer, Blue Waters, at the University of Illinois at Urbana-Champaign. He is also a key contributor to the Message Passing Interface (MPI) standard where he chaired the “Collective Operations and Topologies” working group. Torsten won best paper awards at ACM/IEEE Supercomputing in 2010, 2013, 2014, 2019, and at other international conferences. He has published numerous peer-reviewed scientific articles and authored chapters of the MPI-2.2 and MPI-3.0 standards. For his work, Torsten received the ACM Gordon Bell Prize in 2019, the IEEE TCSC Award of Excellence (MCR), ETH Zurich’s Latsis Prize, the SIAM SIAG/Supercomputing Junior Scientist Prize, the IEEE TCSC Young Achievers in Scalable Computing Award, and the BenchCouncil Rising Star Award. Following his Ph.D., he received the 2014 Young Alumni Award and the 2022 Distinguished Alumni Award of his alma mater, Indiana University. Torsten was elected to the first steering committee of ACM’s SIGHPC in 2013 and he was re-elected for every term since then. He was the first European to receive many of those honors; he also received both an ERC Starting and Consolidator grant. His research interests revolve around the central topic of performance-centric system design and include scalable networks, parallel programming techniques, and performance modeling for large-scale simulations and artificial intelligence systems. Additional information about Torsten can be found on his homepage at htor.inf.ethz.ch.