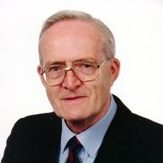 Professor Emeritus Tom Kilburn FRS was born on 11 August 1921 in Dewsbury, Yorkshire. He received his BA and MA degrees in mathematics from Cambridge University, and his PhD degree (1948) and his DSc degree (1953) from Manchester University. He was head of the Department of Computer Sciences of Manchester University. He died on January 17, 2001 in Manchester after 20 years of quiet retirement, in the city where he made such a great contribution to the first 25 years of computer development.

Although schooled in mathematics, Dr. Kilburn became known as an electronics expert through his work at the Telecommunications Research Establishment (Royal Radar Research Establishment) in Malvern, England during World War II, where he was assigned to Freddie Williams’s group. In 1992, Tom reflected on his first meeting with his new boss and future collaborator:

“I didn’t know Freddie Williams until that day, and in effect he said ‘Oh God, you don’t know anything?’ and I said, ‘No.’ That was the sort of relationship at the start. But of course, by the time we left Malvern — that was four years later — the relationship was quite different.”

In 1947, he joined Williams at the University of Manchester. Their work together resulted in the perfection of the Williams Tube, a CRT that, when used as a storage device, provided the first computer memory with all locations instantly accessible. The Williams Tube was first used in the Manchester Mark I prototype in 1948.

Dr. Kilburn was responsible for the development of the Mercury Computer and prototype Atlas Computer (1960). The Atlas was the first computer with paging and one level of storage managed by a learning program. The first commercial Ferranti Atlas was delivered in 1964.