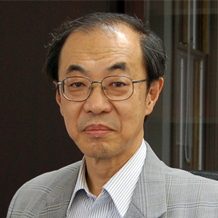 Tadashi Watanabe is a project leader at Next-Generation Supercomputer R&D Center of RIKEN, Japan. He is currently working as a project leader of the Japanese national supercomputer project targeting over peta-flops application performance to be completed in the first quarter of 2012. Prior to joining RIKEN, he was a chief architect of the NEC’s SX series supercomputer that is the base architecture of the Earth Simulator. The SX series supercomputer, which was designed by him from scratch, was first delivered in 1985 and broke the barrier of 1 Gflops for the first time in the world featuring multiple and parallel vector pipelines and RISC scalar architecture. Those major architectures were successors to the NEC’s follow-on SX series supercomputers and the Earth Simulator. The Earth Simulator, delivered in 2002, was the world fastest supercomputer from 2002 to 2004 and was characterized by the high sustained performance in performance demanding applications of climate modeling, earthquake simulation, nano-material science, plasma physics, and so forth, with the combination of shared memory node and distributed memory multi-nodes connected through a high-bandwidth X-bar switch which inherits the base architecture of the SX series. He has also been responsible for project development of new generation high-performance computers as vice president of NEC.

Watanabe received his PhD in information science from Tohoku University, and became an IEEE Fellow in 2005. He has given many lectures at universities in the US and Europe, including Stanford, UCB, MIT, Illinois, RWTH Aachen, and ETH Zurich. He was a board member of the Research Organization for Information Science and Technology in Japan (RIST), which conducts the research for computational science and engineering in the technical computing applications, and served as an Associate Chair person of the Japan Society of Computational Engineering and Science (JSCES), an academic organization for computational engineering and science.