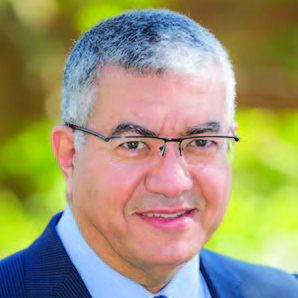 Sumi Helal has been actively involved with the CS for more than 25 years. He organized and chaired 26 conferences/workshops, 12 of which were sponsored by the CS. Helal has served extensively on editorial boards of 12 publications, six of which are CS boards, including editor in chief of Computer and associate editor in chief of Pervasive Computing. He served as a founding member of the CS Industrial Advisory Board Committee and as chair of the CS Technical Committee on the Internet. Helal also served as the 2009 coordinator of IEEE Region 3 activities.

An IEEE Fellow, Helal is a professor in the Computer and Information Science and Engineering Department at the University of Florida and director of its Mobile and Pervasive Computing lab. He received a PhD in computer science from Purdue University, and specializes in smart spaces and the Internet of Things (IoT), especially in the domains of aging, disabilities, health, and well-being. He has published more than 280 books and journals, and conference and workshop articles, with total citations approaching 10,000. He has been awarded nine US patents as inventor or co-inventor and founded or cofounded three mobile and IoT technology startups.