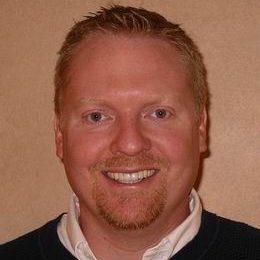 Steven (Steve) L. Scott is the Chief Technology Officer at Cray Inc., where he has been since 1992 (originally with Cray Research and SGI). Scott was one of the architects of the groundbreaking Cray T3E multiprocessor, focusing on the interconnect and on synchronization and communication mechanisms. He was the chief architect of the GigaRing system area network used in all Cray systems in the late 1990s. More recently, Scott was the chief architect of the Cray X1/X1E supercomputers, which combined high-performance vector processors with a scalable, globally addressable system architecture. He was also the chief architect of the next generation Cray “BlackWidow” system, and the architect of the router used in the Red Storm system at Sandia National Laboratories and the Cray XT3 MPP. Scott is currently leading the Cray Cascade project, which is part of the DARPA High-Productivity Computing Systems program targeting productive, trans-petaflop systems in the 2010 timeframe.

Scott received his PhD in computer architecture from the University of Wisconsin, Madison in 1992, where he was a Wisconsin Alumni Research Foundation and Hertz Foundation Fellow. He holds 15 US patents, has served on numerous program committees, and has served as an associate editor for the IEEE Transactions on Parallel and Distributed Systems. Scott interests lie in the areas of processor architecture, memory system design, synchronization and communication mechanisms, and interconnection networks. Scott was the recipient of the 2005 Maurice Wilkes Award, given by the Association for Computing Machinery to recognize contributions to the field of computer architecture made in the first 20 years of one’s career.