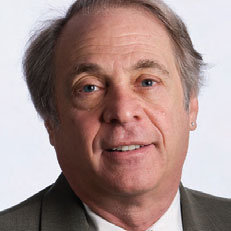 Steve Wallach is chief scientist and co-founder of Convey Computers; an adviser to Centerpoint Venture partners, Sevin-Rosen, and Interwest; and a consultant to the US DOE ASC (Advanced Scientific Computing) program at Los Alamos. Previously, he was VP of technology for Chiaro Networks and was co-founder of Convex Computers, their chief technology officer and senior VP of development. After Hewlett-Packard bought Convex, Wallach became the chief technology officer of the large systems group. He was also a visiting professor at Rice University 1998–1999. Prior to Convex, he was manager of Advanced Development for Data General. His efforts on the MV/8000 are chronicled in “The Soul of a New Machine.” From 1970 to 1975, he was a senior engineer with Raytheon Missile Systems Division, Bedford, Massachusetts.

Wallach received a B.S.E.E. from the Polytechnic University, New York (formerly Polytechnic Institute of Brooklyn), a M.S.E.E. from the University of Pennsylvania, and an MBA from Boston University. Wallach has 33 patents and is a member of the National Academy of Engineering, is an IEEE Fellow, and was a founding member of PITAC (the Presidential Information Technology Advisory Committee).