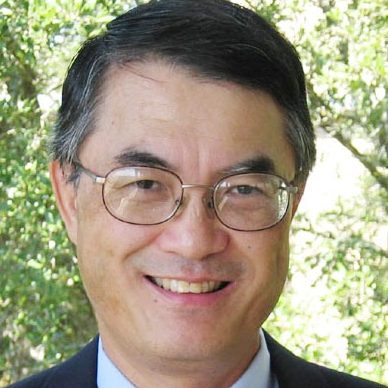 Simon S. Lam is Professor and Regents Chair in Computer Sciences at the University of Texas at Austin. He received the BSEE degree with Distinction from Washington State University, Pullman, in 1969, and the M.S. and Ph.D. degrees from the University of California at Los Angeles in 1970 and 1974, respectively. From 1971 to 1974, he was with the ARPA Network Measurement Center at UCLA, where he worked on satellite and radio packet switching networks. From 1974 to 1977, he was a Research Staff Member at the IBM T.J. Watson Research Center, Yorktown Heights, New York. Since 1977, he has been on the faculty of the University of Texas at Austin, where he served as Department Chair from 1992 to 1994. Professor Lam has served on the editorial boards of six journals (IEEE/ACM Transactions on Networking, IEEE Transactions on Software Engineering, IEEE Transactions on Communications, Proceedings of the IEEE, Performance Evaluation, and Computer Networks). He was editor-in-chief of IEEE/ACM Transactions on Networking from 1995 to 1999. He is a Founding Steering Committee member of the Computer Society’s International Conference on Network Protocols. He co-founded the ACM SIGCOMM Symposia by organizing, as Program Chair, the inaugural SIGCOMM Symposium held on the campus of UT-Austin in 1983. He was a panelist of the NSF Airlie House Workshops in 1989, 1992, and 1994 and co-authored the Workshop reports on “Research Priorities in Networking and Communications” for the National Science Foundation.

In particular, he made research contributions to the following areas: (i) design and performance analysis of network protocols including multiple access protocols, flow and congestion control protocols, end-to-end delay guarantees, as well as network and operating system support for distributed multimedia; (ii) formal models and methods for specification and verification of communication protocols and security protocols; (iii) design and prototyping of novel Internet security services including secure sockets, digital signatures for flows and multicasts, and secure group communications.

Two of Professor Lam’s research contributions had impact on subsequent Internet technology development. First, in the early 1970s, he did seminal research on how to share a broadcast channel (e.g., satellite, radio, cable) by random access. In particular, he discovered the ALOHA protocol’s instability behavior. Based upon his model and insights, he proposed a class of distributed adaptive control algorithms and demonstrated their effectiveness. The adaptive backoff algorithm in Ethernet, prototyped several years later, is an instance of his class of controls. Second, in the early 1990s, Professor Lam and his students observed that authentication systems at that time (e.g., MIT’s Kerberos) all suffered from a common drawback, namely, they did not export a clean interface that could be readily used by Internet applications. He led a research group that invented secure sockets and prototyped the first secure sockets layer (named Secure Network Programming) in 1993. The secure sockets layer, SSL, designed and built several years later by Netscape is widely used today for securing web transactions.