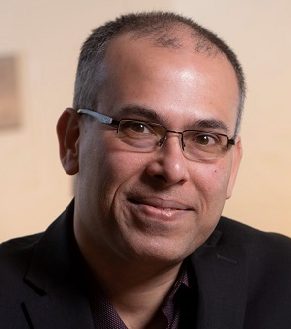 Saurabh Bagchi
2020 Board of Governors

Saurabh Bagchi is a professor of electrical and computer engineering at Purdue University. He received a PhD in computer science from the University of Illinois at Urbana–Champaign. Bagchi has received an IBM Award (2012), a Google Faculty Award (2015), and an AT&T Labs VURI Award (2016). He is the cyber lead in the GE-funded PRIAM center at Purdue (2015–present) and was the cybersecurity lead for the NSF-funded NEES center (2009–2014). He is an ACM Distinguished Scientist (2013), a Senior Member of IEEE (2007) and ACM (2009), and was an Assistant Director in Purdue’s CERIAS security center (2010–2014).

Bagchi remembers his first IEEE activity as a bright-eyed undergrad—starting a student club on programming for social good. More recently, he has served as the program chair for two premier dependable computing conferences, DSN and ISSRE, and is on the DSN Organizing Committee. He has received eight best paper or runner-up awards. Bagchi served as an editor for IEEE TMC (2008–2013) and Elsevier-CoSE (2013–present). He believes passionately in encouraging student participation in conferences and has served as student forum chair six times.

Bagchi’s research interests include distributed systems and dependable computing. He is an Advanced Toastmaster.